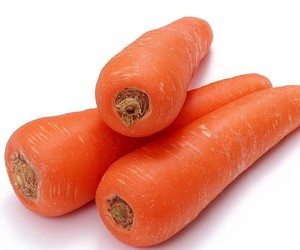 Beta carotene is a naturally occurring compound in foods, particularly brightly colored fruits and vegetables. It is also a supplement that may come from natural or synthetic sources.

Beta carotene gets transformed into vitamin A and is effective for increasing vitamin A levels in the body. Research indicates that beta carotene supplements and a diet rich in natural beta carotene may help prevent and treat a variety of conditions, from joint problems to breathing problems. It may even reduce risks of some cancers.

Beta carotene gets its name from the scientist who used carrot roots to first crystallize the substance, according to the Mayo Clinic. Cartenoids are actually a group of substances known for being highly pigmented; beta carotene, along with alpha and gamma, are called provitamins because the body is able to convert them to active vitamin A.

Beta carotene and the other carotenes all have antioxidant properties. Antioxidants are substances that neutralize dangerous free radicals, which occur naturally in the body and cause tissue damage.

Beta carotene supplements are either made synthetically in a laboratory or are derived from algae, fungi or from palm oil. They come in capsule, liquid and tablet form.

Beta carotene supplements are also divided into water based and oil based. According to RXList.com, research shows that the body may absorb water-based versions better.

Generally, the more colorful the fruit or vegetable the more beta carotene it contains, acccording to the University of Maryland Medical Center.

Drugs.com advises that beta caroten pills be taken with food. Mixing the contents of a pill with orange or tomato juice when the pills are difficult to swallow is acceptable, but must be drank immediately.

Better absorption of beta carotene and other fat-soluble substances is ensured by taking supplements with meals containing 3 grams or more of fat, according to the University of Maryland Medical Center.

The human body takes beta carotene and converts it to retinol.

Retinol gets transformed into retinoic acid, which is crucial for body processes that involve cell growth and differentiation, according to the Mayo Clinic.

Beta carotene is prescribed for low levels of vitamin A, according to the Mayo Clinic. A lack of vitamin A may result in skin problems, eye infections, dry eyes and slow growth rate. It can also lead to night blindness, a rare condition characterized by difficulty seeing in the dark.

Certain conditions increase the need for vitamin A, such as:

Beta carotene may be beneficial for treating several conditions. Studies show that large amounts of beta carotene can reduce sun sensitivity. It is sometimes used to treat a genetic condition called erythropoietic protoporphyria. The condition is rare, but causes extreme sun sensitivity and liver issues.

Beta carotene supplements can make it easier for people with erythropoietic protoporphyria to be in the sun.

Beta carotene may also help slow the progression of an eye disease called macular degeneration. As people age, their macula deteriorates. This is the part of the eye's retina responsible for central vision. According to the University of Maryland Medical Center , research indicates that supplementing with beta carotene, zinc, vitamin C, vitamin E and copper slows the degeneration of the macula.

Increasing beta carotene intakes along with other carotenoids has been shown to decrease rates of metabolic syndrome, decrease body fat and lower triglycerides in men.

Consuming dietary beta carotene from fruits and vegetables may decrease risk of breast cancer in women who have not reached menopause, according to RXList.com.

People with osteoarthritis may inhibit the progression of the disease by taking beta carotene. Osteoarthritis is a joint disorder characterized by pain and stiffness in the joints, which usually gets worse with exercise.

Beta carotene may prevent exercise-induced asthma. It may also prevent breathing problems and bronchitis in people who smoke.

The Mayo Clinic advises that beta carotene be taken as a dietary supplement in the following amounts:

For the prevention and treatment of sun sensitivity in people with erythropoietic protoporphyria:

For the prevention and treatment of sun sensitivity in people with polymorphous light eruption:

Beta carotene usage is generally safe, but may cause yellowing of the palms, hands, bottom of the feet and possibly the face, particularly when taking too many beta carotene supplements.

Some less common side effects are associated with beta carotene, according to the Mayo Clinic.

It is possible for other side effects to present. People should consult their doctors if they experience any additional side effects.

The University of Maryland Medical Center warns that drug interactions are possible from taking beta carotene supplements. A weight loss medication called orlistat can lower the absorption of beta carotene by up to 30 percent. The center recommends that if people need to take both that they take them at least two hours apart.

Some people use mineral oil to treat constipation. This can reduce beta carotene levels in the blood.

A medication for cholesterol called cholestyramine may reduce blood concentrations of dietary beta carotene as much as 30 to 40 percent. A similar medication called colestipol could also decrease levels of beta carotene.

According to Drugs.com, a drug called acitretin can increase the risk of serious side effects when taking beta carotene capsules.

Not everyone should take beta carotene. Beta carotene usage is contraindicated in people who:

Compare prices on beta carotene from over a dozen online merchants. Click "Buy Now" at the top to begin comparing for the best price. Don't forget that a healthy body is a body that regularly exercises and follows some form of a workout routine.