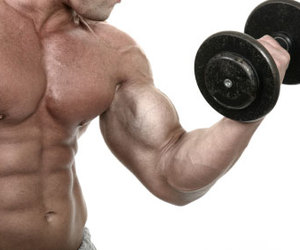 Creatine ethyl ester, or CEE, is a supplement that is commonly used for muscle development and athletic enhancement. It is a popular extract in the bodybuilding world, and has received lots of publicity in recent years. Scientifically speaking, creatine ethyl ester is a derivative of creatine.

Creatine is an amino acid that is found inside the body, specifically, in the muscle tissue. It is found in its free form as well as in phosphocreatine. Naturally occurring creatine is what gives you energy for muscle contraction. The theory then is to increase the dosage of creatine, through extract form, and watch as the body goes beyond its normal capacity in order to build muscle.

Creatine Ethyl Ester Benefits Creatine ethyl ester has been studied for quite some time and has been proven to enhance exercise performance. It increases your energy capacity for muscle contraction, and thus enables you to work out for longer periods of time and with more power. Creati... more

Creatine ethyl ester has been studied for quite some time and has been proven to enhance exercise performance. It increases your energy capacity for muscle contraction, and thus enables you to work out for longer periods of time and with more power.

Creatine itself is relatively new to biology; it was discovered in 1832 by French scientist Michel Eugene Chevreul and named after the Greek word for flesh, “kreas.”  As far back as 1912, scientists found that eating outside creatine could increase the production of internal creatine. It is found in muscle tissue, particularly around the heart, brain and skeletal muscles.

After ingestion, creatine is absorbed into the blood stream and reaches a peak in less than 120 minutes. Nutritionists and scientists speculate that naturally produced creatine offers neuro-protection and cardiac health benefits. The extract form of CEE merely stimulates the production of more creatine, which is a beneficial process when dosage is followed as suggested.

Users of creatine claim various effects, but the majority tends to agree it helps provide a strength boost and more “vigor” to a work out routine. Studies have shown that just five grams of extra creatine taken five times a day for a week can increase muscle concentration by up to 40%.

Creatine draws more water into a person’s muscles, or more specifically, his/her muscle cells. This in turn increases pumps and enhances what is known as protein synthesis. There is also some indication that creatine helps put the body in an “anabolic state”, or a state of heightened muscle build up and constructive metabolism.

Naturally, when there is active protein synthesis occurring, you can expect more muscle gain. If you want to be able to perform more reps, longer work out sessions and increase stamina, this may be an option to consider. Creatine ethyl ester is recommended in relatively small dosages when users are just beginning; such as two to four grams a day. Even this small portion can “flood” skeletal muscles with enough creatine to significantly impact your workout routine.

One of the most common complaints about creatine-related supplements is the taste. Without any additives, CEE has a very acidic taste; more than a few users have compared the base taste to battery acid. No word on why these users are drinking battery acid.

This is why CEE is usually combined with a complete formula, including added sugar so it can go down much easier. Coke would probably taste like battery acid too without the sugar and syrup! If you want to reduce your sugar intake then you could try regular creatine ethyl ester with low sodium V8 or perhaps peanut butter.

Ordinarily, the body absorbs creatine unevenly. Most of the creatine monohydrate you eat will not be properly absorbed, and will sit outside of the cell with excess water. This explains the “creatine bloat” that many users complain about.

Reportedly, creatine ethyl ester eliminates this problem. Manufacturers advertise that there is no bloating, cramping or dehydration, as is usually experienced with regular creatine monohydrate ingesting. CEE has been tested and proven more soluble than the average creatine supplement. Because of the added ester it does offer superior absorption, molecular stability and bioavailability.

Besides the benefits of taking CEE, which include decreased discomfort and reduced recovery time, the lack of “bloating” is listed as a major plus. Of course, different supplements affect different users in a variety of ways. Some people have reported excellent results with the help of creatine ethyl ester, while others have reported further problems with bloating or gastrointestinal discomfort

Start your new nutrition plan slowly and start with a minimal dosage, following the instructions. Increase your intake as you become accustomed to your new diet and more intense exercise routine. For many, creatine ethyl ester is a safe—if not particularly yummy—alternative to other athletic enhancers. Find the best formulation for your needs by using the free supplement finder now!