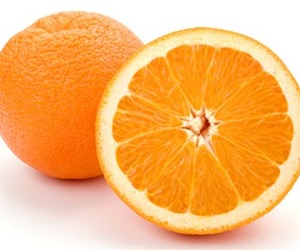 Hesperidin is a chemical found exclusively in plant-based foods, especially citrus fruits. Hesperidin is considered a bioflavonoid, also called flavonoids, which are a group of pigments that give fruits and flowers some of their bright colors and aroma.

Hesperidin is found naturally in foods and is sold as a dietary supplement. People use hesperidin for medicinal purposes as well, according to WebMD.

Hesperidin can decrease pain and inflammation; it also is beneficial for healthy blood vessels. Hesperidin's effects can be beneficial for conditions from nosebleeds to hemorrhoids.

Hesperidin is a water-soluble bioflavonoid that occurs naturally in citrus fruits, such as lemons and oranges. The peels and membranes have the most hesperidin. Fruit juices that contain a lot of pulp are rich sources of hesperidin as well, according to Bodybuilding.com. Hesperidin is sold... more

Hesperidin is a water-soluble bioflavonoid that occurs naturally in citrus fruits, such as lemons and oranges. The peels and membranes have the most hesperidin. Fruit juices that contain a lot of pulp are rich sources of hesperidin as well, according to Bodybuilding.com.

Hesperidin is sold as a supplement and used as medicine. It has antioxidant properties, meaning that it combats and neutralizes harmful free radicals. It has also been shown to help people with a range of medical conditions, from the tendency to bruise easily to leg ulcers.

The human body cannot make hesperidin and therefore needs it and other bioflavonoids from diet or supplements. Bioflavonoids are very important and are therefore referred to collectively as vitamin P, though they are not actually vitamins, according to LiveStrong.com.

Eating foods like oranges provides the body with natural hesperidin. Some vegetables are also sources of this nutrient. Broccoli, green peppers and yellow peppers are sources of hesperidin. Whole grains contain the nutrient as well, according to LiveStrong.com.

Even though some vegetables and grains have hesperidin, dietary supplements are made from citrus fruit extracts.

Europeans use hesperidin as treatment for vascular conditions, varicose veins and for capillary health.

A review of 12 cancer studies found that people who ate the greatest amounts of dietary bioflavonoids had a lower risk of lung cancer than people who consumed fewer bioflavonoids, according to the New York University Langone University.

Along with vitamin C, hesperidin assists with collagen production and structure function. Collagen is a collection of proteins used in skin and connective tissue, including the ligaments and tendons that connect bones to bones and bones to muscles.

Hesperidin can be beneficial for athletes and regular exercisers. Taking hesperidin helps speed exercise recovery and decreases inflammation caused by working out.

Recoverying more quickly from exercise allows people to work out more often and with less discomfort.

WebMD states that hesperidin is possibly effective for hemorrhoids, when taken with another bioflavanoid called diosmin.

Taking these two supplements together significantly improves hemorrhoid symptoms. It can also prevent recurrence of hemorrhoids.

Leg ulcers are typically due to poor circulation, according to Net Doctor. Ulcers are breaks in the skin that do not heal.

Hespiridin, along with diosmin and compression dressings, can help small ulcers to heal if they are caused by circulation problems, according to %WebMD% http://www.webmd.com/vitamins-supplements/ingredientmono-1033-HESPERIDIN.aspx?activeIngredientId=1033&activeIngredientName=HESPERIDIN

Certain people possess fragile capillaries. This can predispose them to bruising easily. The New York University Langone University reported that a study involving 96 people with fragile capillaries who took hesperidin and diosmin demonstrated reduced symptoms of capillary fragility, including nosebleeds and bruising.

Another study conducted in the 1960s discovered that citrus bioflavonoids and vitamin C reduced bruising in college athletes.

According to Drugs.com, taking this supplement may reduce hot flashes by working to maintain vascular integrity and to increase capillary strength.

As little as one tablet per day can help hot flashes. However, Drugs.com suggests taking two tablets three times daily following meals, then gradually decreasing amounts after one month to help figure out how much an individual needs.

Hesperidin is likely safe to use for fewer than three months, according to RXList.com. However, WebMD states that it is possibly safe for use up to six months.

Hesperidin may cause side effects, such as:

Hesperidin is contraindicated for use by pregnant or breastfeeding women, according to RXList.com.

There has not been enough testing to determine that the supplement is safe, but also there are no studies to indicate that it is a hazard.