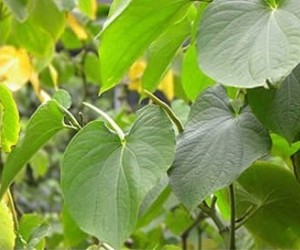 Kava Kava is a crop found in the Western Pacific part of the world. It is also called sakau, yaqona and ‘ava. This shrub has large green leaves and produces long flowers near the stems. The roots of this plant species can have some powerful effects on users, some beneficial and some dangerous under certain circumstances. Kava kava’s most obvious effect on the human body is a feeling of sedation and this is thanks to the kavalactones, the most active ingredient in the plant.

It is believed that these kavalactones stir up GABA activity. A variety of physical and emotional effects have been reported with regular dosage of kava kava. Long before it became known as a supplement, digesting this plant root was a ceremonial practice among peoples in the Pacific Islands for many years.

Kava Kava Benefits At the simplest level, kava kava causes effects in the human body that are comparable to an alcoholic beverage. Kava kava is known to produce a very relaxed feeling in users, which improves mood, feelings of contentment and comfort. It is little wonder then that kava kav... more

At the simplest level, kava kava causes effects in the human body that are comparable to an alcoholic beverage. Kava kava is known to produce a very relaxed feeling in users, which improves mood, feelings of contentment and comfort. It is little wonder then that kava kava is often used as a natural treatment to anxiety, insomnia and other problems associated with nerves.

It has been studied as a natural muscle relaxant. It has shown above-placebo effects for improving cognitive memory and as a general mood enhancer. Some authorities have even suggested that this plant can be used as an anesthetic or even an anticonvulsive agent.

The effects are being caused by the kavalactones interacting within the human body. In fact, a mildly potent kava drink will usually cause noticeable effects within a half hour and the effects can last as long as two and a half hours. Some users even claim a long-term improvement of clarity, contentment and calm for up to two days after dosage. Besides alcohol the plant has also been compared to the medical drug diazepam.

Besides kava kava’s beneficial mental effects, in addition, kava kava is said to cause a numb feeling in the gums and mouth and cause unusually vivid dreams. Persons taking kava kava may also become somewhat excitable and talkative. Scientifically speaking, the effects are produced by the interactions of certain kavalactones; for example, two certain kavalactones make blood vessels contract, and this produces its anesthetic effects. A very potent drink would have more dramatic effects than just a light dosage.

The dosage of kava kava varies; it can be taken as a supplement, as a drink or as raw plant root. Some people in the Pacific Islands chew kava kava roots, while others add the pulpy part of the roots to cold (or hot) water and drink it like fine wine. The prepared kava kava is said to be stronger than processed supplements. In order to get the strongest effects of this plant, you would chew on the fresh and un-dried root.

In processed form sometimes lecithin is added to help emulsify the kavalactones. There is also kava kava cola, specifically the beverage Lava Cola, which contains kavalactones. It has been called the “anti energy drink.”  In supplemental form, kavalactones are extracted from the plant with substances like acetone and ethanol. The average pill can have anywhere from 60 mg to 150 mg.

The next risk comes from drug interactions. Some individual cases have reported unpleasant interactions of kava kava with alcohol, anti-anxiety medications and other medications. Skin rash is another commonly reported side effect. Lastly, kava kava is sometimes called an addictive substance, since users could theoretically become reliant on the plant’s relaxing effects.

Should you take kava kava? Liver damage studies are not conclusive, so no one can really say that it’s dangerous to take this supplement. However, before taking any herbal product you should consult a doctor to see if there are any possible interactions (other medications in your system or preexisting medical conditions) that could produce harmful effects.  Many have found kava kava to be a natural form of relief from stress, much safer than anxiety medications.

Learn about many nutrition options by using the free supplement finder provided!