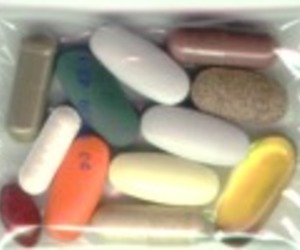 Lipoic acid is a type of fatty acid found inside the human body. It operates as an antioxidant and is actually found inside cells. The primary operation is to turn glucose into energy.

Lipoic acid contains sulphur and also works as a fatty acid. Its operation as an antioxidant means that it neutralizes harmful waste chemicals called free radicals. It has the unique feature of working in both water and in fatty tissues, rather than just one of the two, like most antioxidants.

Free radicals have been linked with nerve diseases, infection and organ damage. Therefore, alpha lipoic acid (or Ala) is associated with diabetic neuropathy as well as blood sugar control, heart disease and kidney problems. Alpha lipoic acid is not the same thing as ala with a small "a"(alpha linolenic acid, which can also assist with heart problems).

Some sources have also claimed that alpha lipoic acid or Ala can also improve hearing, help with glaucoma cases, reduce the side effects of some forms of chemotherapy, and aid in cancer prevention. This naturally occurring fatty acid is also available in supplemental form from local and online supplement and herbal stores.

Other Uses for Ala Alpha lipoic acid has been recommended for athletic purposes, as it has shown promising studies of performance enhancement and better health. Health-wise, some tests have shown that these supplements can protect against oxidative stress which results from an imbalance ca... more

Other Uses for Ala

Alpha lipoic acid has been recommended for athletic purposes, as it has shown promising studies of performance enhancement and better health. Health-wise, some tests have shown that these supplements can protect against oxidative stress which results from an imbalance caused between production of reactive oxygen and system detoxification/repair.

In fact, many weight lifters and athletes have reported that taking Ala before and during a work out can increase personal performance and help distribute nutrients to the muscles at a faster pace. Animal testing has shown that the ala can help to regulate body weight and the deposition of fat.

The ability of this antioxidant to kill free radicals is perhaps the best feature, as this can reduce pain and other side effects in diabetes patients. However, further tests are being conducted to determine its affect on liver disease patients, stroke victims and HIV-infected patients.

Origins and Dosage of Ala

Not only is alpha lipoic acid found in humans but it can also be found in animals. The acid can be found in red meat, organ meat and in certain yeasts. Vegetarians can take heart; spinach leaves also contain ala, as does broccoli and tomato. Users traditionally take the capsules orally, as concentrated milligrams of Ala prove the most effective treatment. Some patients have reported additional benefits when undergoing direct injection of Ala in a hospital.

There is no standard dosage level, as these herbals supplements are not drugs regulated by the FDA. They are naturally produced. These capsules are only recommended for adults and are sold in doses of 100 mg or less. While general users only take 50 mg a day, diabetes patients may take as many as eight capsules a day in multiple dosages.

However, when a person takes these capsules, he or she should be aware that the acid will be rapidly absorbed, metabolized and cleared. This emphasizes that taking high dosages at once is probably not as effective as taking smaller dosage capsules several times a day.

Ala Side Effects and Precautions

Thus far, there have been no documented serious side effects from ingesting or even overdosing from alpha lipoic acid. Minor side effects reported by some users have included skin rash, lower blood sugar levels, and nausea with stomach ache when over-dosing. Some users have also reported an unpredicted feeling of relaxation and mildness after taking high dosages of the supplement.

There is a concern however when it comes to interactions within the body. New users are advised to consult their doctors before trying ala because of possible complications with diabetes or hypoglycaemia. There is also some minor studies (animal testing mainly) that suggests people that may be deficient in B-vitamins may have a bad reaction to Ala.

Furthermore, any medications that reduce blood sugar levels could dangerously interact with alpha lipoic acid. Doctors advise patients prone to hypoglycaemia to closely monitor their blood sugar levels and adjust dosage of ala accordingly. Additionally, there is a slight possibility of Ala lowering levels of thyroid hormone, which would certainly conflict with blood thyroid medications.

Besides interaction, taking this natural supplement has proven to be safe and effective in fighting some disease side effects and in enhancing muscular development. Health nutritionists advise new users to include Ala in their diet along with other important nutrients like Vitamin C, Vitamin E, and even N-acetyl cysteine.

If you have been suffering from pain associated with diabetes, or want to increase your general health and muscularity, this supplement may prove beneficial. Ala is a scientifically proven antioxidant that has beneficial properties. Ask your doctor about alpha lipoic acid and take steps to rejuvenate your health. Use the supplement finder to locate the best formulation for your needs now!