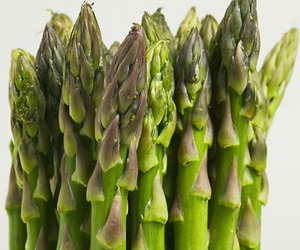 L-Asparagine is a non-essential amino acid. It is created in the body’s liver from other amino acids to aid the body in creating proteins that perform the body’s essential functions.

L-Asparagine is added to many nutritional supplements that promote athletic performance, focus, concentration and attention. L-Asparagine is also used by the body in the central nervous system where it helps to create proteins that are used in the brain to develop neurons and aid transmission of signals.

L-Asparagine was the first amino acid to be isolated. It was first found in asparagus, thus leading to its name. There are such high levels of L-Asparagine in asparagus that it is the cause of the strange odor of urine after eating asparagus.

Foods high in L-Asparagine are asparagus and licorice root. Other sources include beef, fish, poultry, potatoes, legumes, nuts, soy and byproducts created by the processing of dairy products.

L-Asparagine is an amino acid that is necessary for the creation of other amino acids. It is termed non-essential because the body can create it in the liver.

The Krebs cycle is the process by which the body converts foods into energy. An increase in L-Asparagine furthers the body’s efficiency in completing the Krebs cycle, thus increasing athletic performance and stamina.

L-Asparagine is used in many functions in the brain and central nervous system. Because it so readily synthesizes into other amino acids, it is thought to help balance the brain’s chemicals so that there is not a buildup of chemicals that either excite or calm the brain in extreme measures.

Deficiencies in L-Asparagine are thought to lead to nervousness, stress or fatigue.

L-Asparagine is also touted to be beneficial in treating mental disorders such as ADHD, Dementia, senility, and Schizophrenia. L-Asparagine is used in the brain’s balancing of chemicals and overall pH levels.

Because L-Asparagine is essential in synthesizing many of the body’s functions, deficiencies or excess amounts of amino acids, called aminoaciduria, can show problems in the metabolic process. This is an indicator of many conditions or diseases.

In 2002, Swedish scientists published a study in the medical journal “Nature” that sent shockwaves through the health community. The study showed that L-Asparagine combined with sugars or starches in cooked foods created a chemical called Acrylamide.

Acrylamide is a chemical that has been shown to cause cancer at high levels in laboratory tests with animals. The levels of Acrylamide were highest in starchy foods which had been fried, such as potato chips and French fries.

Roasting and baking also showed conversion of L-Asparagine with sugars to create Acrylamide. The report prompted a world-wide news frenzy and increase in scientific studies to discover the actual dangers associated with cancer in many foods.

The Food and Agriculture Organization (FAO) and the World Health Organization (WHO) immediately began a consultation of experts. They concluded in a report that there were no adverse effects shown to link foods such as French fries and potato chips with cancer because the amounts of Acrylamide found were so small.

However, they did recognize the need for concern and further testing, and they recommended a varied diet of fruits and vegetables as well as a warning to not eat overcooked food.

In 2008, four companies agreed to fines and to lower the amounts of Acrylamide in foods in response to being sued by the state of California.

The US Food and Drug Administration (FDA) released a statement in May of 2008 that echoed the findings of the FAO and WHO in 2002. The FDA cautioned consumers about overcooking food and encouraged a balanced diet while studies continue.

Asparaginase, a chemical used in the treatment of leukemia, is a hydrolyzer of L-Asparagine. This means that Asparaginase turns L-Asparagine into Aspartic acid. The National Institute of Health is looking into the use of Asparaginase as a treatment for other cancers, such as ovarian cancer.

L-Asparagine is an amino acid necessary to tumor growth. It is believed that tumors gain L-Asparagine from the body’s blood stream. Cutting off the supply of L-Asparagine by promoting its synthesis to Aspartic acid is believed to be a way to kill off tumors in cancer patients.

A doctor should be consulted before starting any new medication or supplement. Those who are undergoing chemotherapy treatment for cancer should not take L-Asparagine.

Pregnant and nursing women should not take L-Asparagine without speaking with a medical professional.

L-Asparagine is added to supplements or sold as a powder. Follow the manufacturer’s dosage recommendations.

Use the supplement finder to fulfill your L-Asparagine needs today!