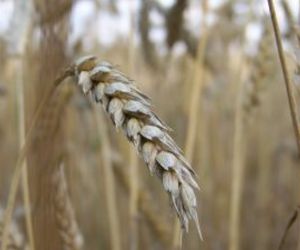 Barley is a plant that produces two beneficial substances: barley grass from the leaf and barley grain made from the plant's seed. Barley as a grain is found in multiple food items, such as breads, cereals and beer. In the United States, barley is the number 4 most important grain crop, according to Purdue University. Barley grass is used in food preparation and extracts from the leaf are used in nutritional supplement.

Historically, barley has been used to treat liver, blood, skin and gastrointestinal disorders, according to Drugs.com. Today, barley is believed to help a variety of issues from lowering cholesterol to preventing cancer.

Barley in foods and as a supplement provides a wide range of benefits. It has been used since 7000 B.C.E. for food and medicine. Ancient Greeks treated inflammation of the gastrointestinal tract with barley and gladiators ate barley to increase strength and endurance. In modern times, the use ... more

Barley in foods and as a supplement provides a wide range of benefits. It has been used since 7000 B.C.E. for food and medicine. Ancient Greeks treated inflammation of the gastrointestinal tract with barley and gladiators ate barley to increase strength and endurance. In modern times, the use of barley has evolved to prevent and treat several conditions as well as in making a variety of foods.

Barley grass comes from the barley plant's leaves. It is an annual grass that contains more nutritional value when harvested at an early age.

Barley grass is highly nutritional. The juice from barley grass has vitamins B1, B2, B6, B12, beta carotene, folic acid and pantothenic acid. It also has important minerals, such as magnesium, calcium, iron, phosphorus and potassium. Barley grass also fiber, protein, enzymes and chlorophyll, all of which are beneficial for health.

Barley grass is one of the few vegetarian sources of vitamin B12 and can help vegans and vegetarians avoid a deficiency. It also assists in preventing cobalamin deficiency.

Supplements of barley grass extracts has a protective effect against carcinogens, which are substances that may cause cancer. According to Drugs.com, the reason why barley grass protects tissues is unknown, but barley's high amount of chlorophyll and antioxidant properties are believed to be contributing factors.

The chlorophyll could render carcinogens inactive. The high amounts of antioxidants providing protection against free radical damage and radiation may also explain the potential for cancer prevention.

Barley grass is a rich source of chlorophyll, which is the substance that gives plants their green color. According to LiveStrong.com, chlorophyll promotes the production of red blood cells and tissue growth. It may also assist with detoxifying the blood by facilitating the removal of carbon monoxide and carbon dioxide.

Barley is a versatile cereal grain known for possessing a nutty flavor. According to WHFoods.com, sprouted barley is high in maltose, which is a sugar used in malt syrup sweetener. It is also used to make malt flavoring and malt vinegar, according to the Mayo Clinic.

Barley is used in beer and other alcoholic drinks after undergoing fermentation.

Barley contains a protein called gluten that is also found in wheat, rye and triticale. Some people are sensitive or allergic to gluten. People who are allergic are said to have Celiac disease. Eating barley may cause allergic reactions like upset stomach or diarrhea, the same as any other gluten food.

Eating food made from barley has several benefits. According to LiveStrong.com, barley grain is rich in fiber. High fiber diets promote bowel health by assisting with regular bowel movements through softening stools.

Barley is high in the mineral manganese. Manganese is essential for the production of sex hormones, which the body needs for optimal functioning of the sexual organs. A manganese deficiency can contribute to infertility.

Eating barley can also provide the body with energy. Barley contains carbohydrates and protein. Both of these macronutrients are converted into fuel by the body. Barley grain is also high in B vitamins, which facilitates the conversion of food to fuel.

Protein not only provides energy, it also boosts the immune system. Barley also is rich in zinc, a mineral that assists in fighting infections.

The fiber promotes growth of "good" bacteria in the intestines by acting as a food source. The bacteria makes butyric acid as it ferments. Butyric acid is a short-chain fatty acid that helps keep the colon healthy and feeds the large intestine cells. The good bacteria also produces another two short-chain fatty acids that help fuel liver and muscles cells: acetic acid and propionic acid.

Both barley grass and barley grain may help promote healthy levels of cholesterol. The Mayo Clinic states that very few natural products can be beneficial for lowering cholesterol, but barley is one of the few exceptions. Barley can decrease both the levels of total cholesterol and LDL, or "bad" cholesterol.

Although the Mayo Clinic reports that there are no known side effects for barley, some people are allergic to grains like barley that contain gluten.

Drugs.com states that people with gluten sensitivities generally do not have a reaction to the leaves or shoots of plants containing gluten, but they are likely better off avoiding use of barley grass.

Check out our free supplement finder to learn more about other nutritious supplements to aid your overall health. Compare prices from the top online supplement suppliers with our free price comparison tool!