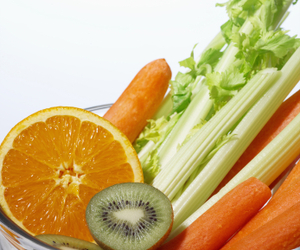 Celery is a plant in the Apiaceae family known as Apium graveolens in the scientific community. It is one of the more commonly used plants in North America for cooking, medical purposes, and dietary supplements.

The seeds, stalk, and roots of the celery plants are all used for a variety of purposes, leaving only the leaves to be disposed of. As far as celery seed itself, it is used commonly in both medicinal and supplementation applications. These seeds contain both oils and organic compounds used in pharmaceuticals and cosmetics.

Due to the fact that celery is such a common vegetable used all over the world, its production for commercial purposes is a given. In most cases it is cultivated for food purposes with the seeds being sold for use in other industries.

There are some celery farms, particularly in Europe, where the plant is grown specifically for its seeds. In these cases, the seeds are most often used to extract oils used in expensive perfumes.

Health Benefits of Celery Seed Celery seed pills were originally developed in the first century A.D., according to a handful of Roman medical historians. Apparently these pills were prescribed as a treatment for pain relief. It was also used at the time as an aphrodisiac in some people who... more

Celery seed pills were originally developed in the first century A.D., according to a handful of Roman medical historians. Apparently these pills were prescribed as a treatment for pain relief. It was also used at the time as an aphrodisiac in some people who were highly sensitive to its compounds.

Today, celery seed is still an ingredient in many male aphrodisiac products because it contains androsterone, a byproduct of testosterone production. Yet despite the claims of supplement makers, clinical studies suggest that androsterone has no significant effects on male libido or sexual arousal.

According to the University Of Maryland Medical Center, the most common use of celery seed today is as a diuretic. Because celery seed increases urine production it helps rid the body of extra water and certain toxins.

However, diuretics used in excess can also increase the risk of dehydration. When using celery seed on a regular basis, you should always monitor yourself for symptoms of possible dehydration. Those symptoms will include discolored urine, dry mouth, headache, and general fatigue.

Past studies have looked at celery seed and its effect on blood pressure and cholesterol levels in laboratory rats. Most of the studies have proved encouraging in both areas, leading researchers to suggest that celery seed could help humans in the same way.

Some of the studies also revealed that compounds found in the celery seed may help protect the liver from damage caused by certain types of pain relievers and anti-inflammatories. Studies for these three uses are still ongoing.

There are plenty of nutritional supplements on the market which use celery seed as an ingredient for a variety of purposes. Some manufacturers claim the substance helps arthritis sufferers feel better. Others market celery seed as being good for anxiety and stress.

It's important to note that none of these claims have been verified by clinical studies. They are merely conjecture based on limited knowledge of some of the compounds found in the celery seed.

Most commonly celery seed is sold as a dietary supplement in the form of an extract, or simply as whole seeds. Because of its widespread use in cooking it's been suggested by medical professionals that there's no need to take celery seed as a daily supplement.

Those who believe in its benefits would do just as well by simply cooking with it. Celery seed is used in soups, breads, stews, and salads. Celery salt can also be ground up and then used as a salt-like spice.

Known Side Effects of Celery Salt

Web MD classifies celery seed as safe in food amounts as well as medicinal amounts for most people. However, moderation is the key.

Anything ingested in excess carries with it the potential of toxicity and adverse side effects. The known side effects of celery seed are mostly minor and will dissipate if use is discontinued. These side effects include slight skin inflammation and increased photosensitivity.

Because of celery seed’s diuretic properties, those with kidney disease should avoid using celery seed supplements. Such supplementation could lead to inflammation of the kidneys, inhibiting their proper functioning and possibly causing more serious problems down the road. Celery seed could cause uterine contraction and eventual miscarriage in pregnant women.

Furthermore, people who have documented allergies to other similar plants like carrots and mugwort are advised to be careful of potential allergic reactions to celery seed. Finally, celery seed appears to inhibit the function of the central nervous system. Celery seed should be avoided within two weeks of a scheduled surgery.

To locate and compare products containing celery seed, use the supplement finder now!