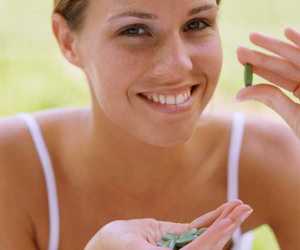 The tablet thickness has no effect on the disintegration of the capsule, tablet, or pill. If the product is dense then it has a higher concentration of Croscarmellose Sodium which allows the intestine to break down the materials easier.

However, if the Croscarmellose Sodium is manufactured from “genetically modified organisms” (GMOs), the manufacturer must display the acronym GMO on the label of the product. There is a lot of controversy about the side effects of GMOs which may possibly lead to cancer.

Side effect research, which was conducted on Croscarmellose Sodium in its powder form before it was mixed into a supplement, revealed some effects that were considered to be mild. The side effects reported were skin and eye sensitivity upon contact.

If you suffer from Celiac’s disease, you should contact the manufacturer of the supplement to verify how the Croscarmellose Sodium was processed. For instance, if it was developed from wood or cotton, then it contains no sugar or starch which is safe for individuals suffering from Celiac’s to ingest.

Drug and supplement companies may claim a product is gluten free but they are probably not performing tests on each individual ingredient. They would have to know for a fact how their suppliers manufactured entire supplement from start to finish, or they cannot guarantee that it is gluten free.

You should always check with a health care professional before taking any supplements, over the counter drugs, or prescription medication.

Croscarmellose Sodium cannot be purchased as a supplement alone. However, it is a vital ingredient in many supplements that will help build muscle mass, burn fat, and provide energy.

For instance, products like PolythermeX, Optimum Opti-Men, and Muscle Synergy all contain Croscarmellose Sodium to ensure proper time release of the vitamins, minerals, and amino acids.

Croscarmellose Sodium was first manufactured to be used in medicine for horses.

Today, suppliers sell Croscarmellose Sodium to nutritional companies, pharmaceutical companies, and even food manufacturers all over the world.

If you are looking for nutritional supplements that contain Croscarmellose Sodium, use the supplemental finder now!