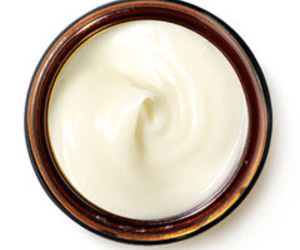 Deanol is a substance used in dietary supplements to improve brain and nerve function. It may also help to treat diseases, such as autism and ADHD. Deanol is a precursor to a neurotransmitter called acetylcholine, which is a brain chemical that transmits important messages.

Deanol, commonly called DMAE, is found naturally in foods, such as anchovies and salmon. There are a variety of deanol products for sale in oral and topical form. Deanol is also in prescription medications. It may be beneficial for mood disorders, focus, intelligence, skincare and energy.

As a medication, deanol may help treat several conditions in children and adults, according to WebMD. It is thought to be a precursor of acetylcholine, a neurotransmitter that is important for concentration, muscle contraction and alertness. Deanol is also required for the body to build choline, a chemical related to acetylcholine production.

According to the National Toxicity Program, deanol is sold as several different compounds, which means that it is combined with other substances for commercial use. Some of the deanol forms include esters and salts. DMAE p-acetamidobenzoate is sold in both forms. Other types of deanol include:

Deanol may be beneficial for brain dysfunction, according to a study in the “Clinical Pharmacology and Therapeutics” journal published in May 1975.

The study tested 74 children with learning issues. Patients were given 500 milligrams of deanol daily, 40 milligrams of methylphenidate daily or a placebo. The study demonstrated an improvement in performance in the children taking deanol. The reason deanol acihieved positive results was not conclusive, but tests did reveal significant improvement.

Deanol may also improve memory in people who have a cognitive impairment, according to LiveStrong.com. Multiple studies have shown that deanol can enhance brain activity, increase energy and even decrease depression, according to another article published on LiveStrong.com.

According to WebMD, taking deanol may improve exercise performance when combined with vitamins, minerals and ginseng supplements. A study of 50 men who took the combination of oral deanol, ginseng, minerals and vitamins demonstrated improved exercise performance because their muscles where able to better utilize oxygen, according to LiveStrong.com.

Deanol can increase energy and muscle reflexes too. A recommended dosage of deanol for exercise performance is between 300 and 2,000 milligrams daily, according to WebMD.

People with emotional disturbances may benefit from taking deanol, according to LiveStrong.com. When taken with vitamins, deanol can improve people's psychological state. A study involving 80 people who took deanol along with vitamins and minerals over three months demonstrated a better sense of well-being and a calmer state of mind.

According to a LiveStrong.com article published in May 2011, deanol was used to treat behavioral issues in children in the 1960s and 1970s. Doctors later classified some of these issues as ADHD. Taking deanol supplements can help children focus better and may improve test scores.

Deanol can be beneficial for skin. As a topical application, deanol may prevent signs of aging, according to WebMD. It can tighten loose skin, particularly a 3 percent deanol cream.

Deanol may improve the appearance of skin and make it look more hydrated, according to an article published on LiveStrong.com in July 2010. Taking deanol can result in increased muscle contraction, which tightens skin.

Deanol in skin creams may also decrease wrinkles, according to the LiveStrong.com article published in May 2011. These products may lessen the appearance of under eye circles too.

Deanol may have additional benefits, though more evidence is needed for some purported uses.

According to WebMD, these potential benefits include:

According to the LiveStrong.com article published in May 2011, side effects from taking deanol may go away if people take lower doses and then gradually increase amounts. Deanol may also raise blood pressure and lead to confusion and retardation in people with Alzheimer's disease. It could also lead to similar problems in patients with anxiety, schizophrenia, epilepsy and bipolar disorder because of its stimulatory effects.

According to WebMD, some people should not use deanol. There is not enough evidence to say whether pregnant and breastfeeding women can use deanol safely so it is best for them not to use it at all.

People who have clonic-tonic seizures, who are depressed or are schizophrenic are also advised to avoid deanol as it can worsen symptoms.

LiveStrong.com: Side Effects of DMAE

LiveStrong.com: What Are the Benefits of DMAE?

LiveStrong.com: What Is a DMAE Supplement?