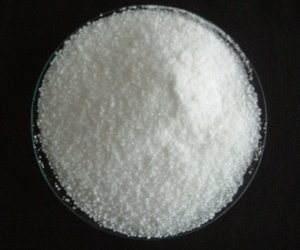 The better absorption also implies a better performance of the compound. It is used in dietary supplements aimed at athletes who want to improve their performance during high intensity workouts.

Even without being chemically bonded to malic acid, creatine is proven to help athletes by increasing their energy levels and boosting nitric oxide levels in the blood. In boosting nitric oxide the blood vessels are dilated, blood and oxygen flow to the muscles is increased, and a workout becomes more productive.

By combining it with malic acid, both manufacturers and athletes swear that the substance is much more effective. Further combining it with a carbohydrate supplement is said to give the maximum benefits possible.

Di-Creatine Malate Used by Athletes Among all the nutritional supplements taken by world-class athletes, few have enjoyed the celebrity endorsements of Di-Creatine Malate. Among some of the more well-known individuals endorsing its use are the NFL's John Elway, and MLB's Mark Dwyer and Sam... more

Among all the nutritional supplements taken by world-class athletes, few have enjoyed the celebrity endorsements of Di-Creatine Malate. Among some of the more well-known individuals endorsing its use are the NFL's John Elway, and MLB's Mark Dwyer and Sammy Sosa.

The substance is currently allowed by the NCAA, most professional sports leagues, and the international Olympic Committee (IOC).

Until studies prove that Di-Creatine Malate is somehow unsafe, most athletic sanctioning bodies don't believe it enhances on-field performance to an unnatural level. Therefore it is allowed and not tested for.

Where bodybuilding is concerned, Di-Creatine Malate has been used extensively in supplements for quite a long time. That's because these types of athletes make their living in the gym.

Any substance that can boost an athlete’s performance will also help them build muscle mass, strength, and overall tone through exercise. While Di-Creatine Malate and does not directly do those things in the same way proteins and carbs do, it does help indirectly nonetheless.

Di-Creatine Malate also has widespread applications within the medical community. It is currently being used to treat a variety of diseases and conditions including Parkinson's disease, congestive heart failure, degenerative conditions of the muscles and nerves, and various degenerating eye conditions.

It's also used to slow the progression of Lou Gehrig's disease, muscular dystrophy, McArdle's disease, and rheumatoid arthritis. In the arena of mental disorders Di-Creatine Malate has seen successful in the treatment of certain types of depression and bipolar disorder.

Nonetheless, it does seem to work on many patients who use it. Therefore, the medical community continues to prescribe it with regularity.

As a nutritional supplement doctors consider Di-Creatine Malate to be mostly safe in healthy individuals. The caveat to this designation is that the substance be taken strictly according to the dosage instructions on product packaging.

When dosage instructions are followed, there may be some minor side effects in some people including diarrhea, nausea and vomiting, muscle cramping, and mild stomach pain. If Di-Creatine Malate is taken in excess, it can prove to be unsafe.

Because creatine tends to draw water away from the muscles it can be dangerous if athletes do not remain properly hydrated during exercise. Other serious side effects when taken in excess include liver damage, kidney damage, and impaired heart function.

It must be noted that while studies suggest the possibility of these negative side effects, they have never been clinically proven beyond all reasonable doubt. Nonetheless, you should use caution when taking supplements that contain Di-Creatine Malate.

There is also some concern that combining Di-Creatine Malate with high levels of caffeine or ephedra could increase the risk of stroke or abnormal heart rhythm. The idea here is that the combined stimulant effects of all three substances could interrupt the body's vascular system and cause these two conditions.

Again, as long as users follow the dosage instructions provided by the manufacturer they should not experience any difficulties while using a Di-Creatine Malate supplement.

Creatine and Di-Creatine Malate are two of the most commonly used ingredients in nutritional supplements for athletes. Normally you will find the substances as ingredients in workout formulas rather than as a standalone supplement.

You can find supplements containing Di-Creatine Malate on the Internet or at your local health food or nutritional supplement output. Always be careful to read the list of ingredients so that you know exactly what you're getting.

To locate the perfect supplement to enhance your workout, use the supplement finder now!