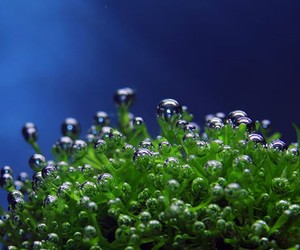 Fucoxanthin is a xanthophyll compound found in various green plants with chlorophyll. It is a yellow pigment that derives from the carotenoid group. Found naturally in brown seaweed that is edible (such as wakame), it is mainly used in Asian cooking. Wakame is used in both miso paste and miso soup. It is located in brown algae and heterokonts in the chloroplasts and gives them their brownish green color.

Although brown seaweed has a high concentration of fucoxanthin, you would have to eat an unrealistically large amount in order to get the levels of fucoxanthin recommended as the daily allowance. For this reason, it can be purchased as a dietary supplement both in health food markets and online.

Fucoxanthin can also be found in red and green seaweed in smaller amounts. Red seaweed, or hijiki, is usually used for making Japanese sushi. Hijiki and wakame can be found at specialty food stores that carry Japanese and Asian food items. Is also available online and in various health food markets.

Fucoxanthin and Weight Loss Various nutritional and metabolic studies that have been conducted on both rats and mice at the Japanese Hokkaido University find that fucoxanthin tends to promote burning fat inside fat cells. This is done by increasing the amount of thermogenic properties that... more

Various nutritional and metabolic studies that have been conducted on both rats and mice at the Japanese Hokkaido University find that fucoxanthin tends to promote burning fat inside fat cells. This is done by increasing the amount of thermogenic properties that burn fat with hear.

However, no studies have been conducted pertaining to the burning of fat cells and adipose tissue humans as of the year 2008. Therefore, it still remains to be seen as to whether or not fucoxanthin is of a true benefit in solving the mystery of obesity in humans.

This compound is being tested as a solution for obesity and to promote losing weight. So far however, the only studies that have been done been conducted on animals only a world away in Japan. Isolated from brown seaweed (wakame), research studies have found that it does promote fat loss of the abdominal area in both rats and mice. In fact, these animals have lost as much as 10% of their overall body weight.

While it is not completely understood exactly how it works, fucoxanthin may target UCP1, which is a protein. Supposedly, this protein increases the metabolic rate for burning fat in the abdomen. Also known as white adipose tissue, abdominal fat has been linked to both diabetes and heart disease, since it surrounds and insulates many of our internal organs. DHA production is also stimulated by fucoxanthin. DHA is an omega-3 fatty acid that is found in fish like salmon.

While this seems promising as an effective dietary supplement, more research still needs to be conducted to decide whether or not it will be equally as effective with the human species. If the results are positive, we could be looking at a remedy for obesity. Just keep in mind, that there are many weight loss supplements with more research to back them at this point in time.

A noticeable decrease in both blood glucose levels and insulin has also been linked to fucoxanthin in various animal studies. In fact, many researchers have come up with the hypothesis that fucoxanthin has an anti-diabetic effect in which it actually may promote DHA formation.

DHA benefits include an increase in insulin sensitivity, a reduction in LDL cholesterol levels, and an improvement in relation to triglycerides.

Preliminary test tube research indicates that fucoxanthin might also possess anti-tumor effects. However, there have been no studies as to whether or not this is true for humans. Therefore, it is probably far too soon to link it to cancer treatments.

Potential side effects are not yet known, since there has not been any research done on humans. If you want to get larger amounts of fucoxanthin, you should not consume large amounts of different types of seaweed in order to achieve this. Because most seaweed is rich in iodine, consuming large amounts can lead to iodine poisoning.

In turn, extremely high levels of iodine in the system can affect the proper functioning of the thyroid. Additionally, if you are hypersensitive to iodine, consuming large amounts of iodine rich food is certainly not recommended, either.

If you are considering taking any supplement without a lot of research behind, it is more important that ever to alert your doctor, discuss potential drug interactions, and monitor your own reactions. If you are unsure about which supplements to take, you can ask your physician, a trusted personal trainer, or read through descriptions on the nutrition page here.

Why not use the supplement finder to compare your weight loss, and other goal, options now?