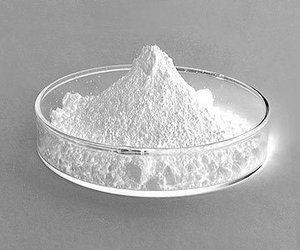 L-Glutamic Acid is a common component of many a bodybuilding nutritional supplements on today's market. In its natural form is referred to simply as Glutamic Acid.

When the "L." designation is added it simply means the compound has been joined with a secondary substance to make it more easily absorbed by the human body. L-Glutamic Acid is a component of Glutamine, one of the nonessential amino acids humans use as the building blocks of proteins.

There are two types of L-Glutamic Acid: the natural form found in plants, animals, and many of the foods we eat. The second is a manufactured form in which the acid is extracted from proteins through a fermenting process.

The second form is called Manufactured Free L-Glutamic Acid. Though amino acids are naturally occurring and necessary for the proper functioning of the human body, there is much debate within the nutritional supplement community as to the safety of including this ingredient in supplement products.

L-Glutamic Acid as a Supplement Ingredient L-Glutamic Acid is beneficial to normal physiological function. This amino acid is one of the best neurotransmitters in the human body. When the average person has moderate levels of this amino acid, their central nervous system will work at peak ... more

L-Glutamic Acid as a Supplement Ingredient

L-Glutamic Acid is beneficial to normal physiological function. This amino acid is one of the best neurotransmitters in the human body. When the average person has moderate levels of this amino acid, their central nervous system will work at peak performance.

L-Glutamic Acid has many benefits attached to it. It is most often used as an ingredient in a proprietary formula.

When marketed as a single ingredient supplement, L-Glutamic Acid is promoted for three primary benefits:

The debate over this substance concerns which form is being used; the natural form or the manufactured form. The natural form of L-Glutamic Acid, while it can cause some minor side effects, is generally considered safe in the medical community.

It also occurs naturally in a good number of foods we eat. The average person on the street receives sufficient amounts of L-Glutamic Acid through his normal diet. Furthermore, as a nonessential amino acid it can be synthesized from other things if a person does not ingest enough of it.

According to critics, the problem with manufactured L-Glutamic Acid is the fact that the fermentation process used to create it leaves behind potentially toxic chemicals that could cause serious side effects.

As previously stated, L-Glutamic Acid is generally considered safe by the USDA when used in moderation. Side effects that to occur tend to be minor in most cases. Examples of those side effects include headache, nausea, anxiety, irritability, and temporarily blurred vision. These side effects will normally go away as substance is broken down and utilized by the body.

In its manufactured form L-Glutamic Acid could prove to be much more dangerous in people with sensitivities to this amino acid. According to the Mayo Clinic the number of people with L-Glutamic Acid sensitivities is rather small; nonetheless some serious side effects are possible for those individuals. In addition to the ones previously listed, other side effects include heart palpitations, chest pain, general weakness, flushing, sweating, and tingling and numbness in the face, neck, and extremities.

In light of the debate surrounding this substance, it's important to note that manufactured L-Glutamic Acid salt, also known as Monosodium Glutamate, is commonly used as a food flavoring and preservative. This is because the substance excites the neurotransmitters in the tongue to make even the blandest food taste delicious.

It has been used in Chinese food for generations without any major problems. It appears as though the dangers of taking it as an oral supplement are only relevant to people who have natural sensitivities to it. The general public should not have any trouble.

Natural L-Glutamic Acid has also been used by the medical community as a treatment for schizophrenia, depression, and a host of other disorders. Used in moderation, L-Glutamic Acid seems to be effective for these conditions because of its ability to enhance brain activity.

As always, moderation is the key. Any supplement that is taken in excess poses the danger of toxicity. Always speak to your physician before beginning any new nutritional supplement regimen or modifying an existing one.