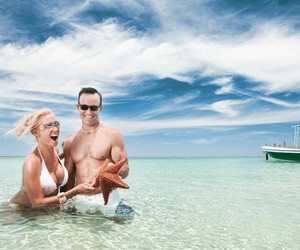 HGH (Human Growth Hormone) is also known as Somatotropin. It is naturally produced in the body, but tends to diminish with age. These reduced levels are what cause you to age over time. By restoring the levels of HGH in the body, you are actually counteracting the aging process.

Since the beginning of time, humans have been looking for that secret potion to turn back the hands of time, and reverse the aging process. Unfortunately, there is no such secret potion. HGH, however, does exhibit some of the characteristics of being as close as possible to such a thing.

HGH, in its synthetic structure, is used as a supplement for both for fat burning and muscle building by bodybuilders and athletes.(See below for dosage suggestions). Because HGH is considered a type of steroid, there is the unfortunate possibility that by taking HGH, you will run the risk of minimizing or eliminating your own body’s ability to produce its own HGH supply.

HGH and Weight Loss One of the benefits of HGH is weight loss. Indirectly, HGH is responsible for the actions which burn fat. Glucose is converted from carbohydrates by insulin, produced in the pancreas. Glucose is stored in fat cells as it is maintained in the body. The fat cells are then... more

One of the benefits of HGH is weight loss. Indirectly, HGH is responsible for the actions which burn fat. Glucose is converted from carbohydrates by insulin, produced in the pancreas. Glucose is stored in fat cells as it is maintained in the body. The fat cells are then used to create energy, when called upon to do so, by the body.

HGH actually prevents this glucose from being stored, which forces the body to use its reserves, instead. By doing this, little to no extra fat is stored, and weight loss occurs. Simultaneously, HGH helps to build new muscle, which can give you that lean, muscular appearance.

Of course, as with any diet or weight loss plan, it is important to eat a healthy and well- balanced diet, drink plenty of water, and follow a scheduled, regular exercise regimen, as well.

For ideal results, a dose of one to six international units (IUs) should be taken each day because of the extremely short span of effectiveness (for an average, active male weighing 158 lbs).

Because of the cost, it is important to take as little as possible to keep the costs down. Additionally, to avoid any wasted material, be sure to take injections as prescribed.

Furthermore, side effects are more obvious and exaggerated the longer you take HGH; sometimes for months afterward. If you are looking for fat loss, you may end up taking HGH for a shorter period of time.

The highest concentrations of HGH in the blood can be noted as early as two hours after injection, and as much as six hours afterward. Injections can be made into either muscle or fat, but is generally injected into fatty areas in rotation, in order to provide a more uniform appearance of fat loss over time.

Overall fat loss is one aspect that a majority of HGH dosers tend to agree upon. Apparently, HGH’s fat-burning characteristics are more readily visible, and depend less on a higher dosage, which will be less cost-prohibitive in the long run.

It is also imperative to mention that HGH must be taken in conjunction with other supplements for optimal results. It appears that the human body needs more thyroid hormones during levels of increased HGH.

In fact, the thermogenic usefulness of an HGH dosing cycle is raised when HGH is utilized with other supplements, such as Synthroid or Cytomel (of the two, the latter is considered more powerful). It appears that our bodies need larger amounts of hormones and insulin during periods of elevated levels of HGH in the bloodstream.

HGH and Side Effects

Consult your physician before taking this or any other dietary supplement, or if you have taken HGH and experienced side effects. Side effects are not common, but can include various conditions, including the most common one called acromegaly. This condition is characterized by enlarged extremities and facial features, as well as shortened life span.

It is important to exercise good judgment and common sense when dosing. Too much HGH, for example, can lead to serious and moderately serious side effects mentioned above, while too little is ineffective and a waste of time and money. Find the right balance of HGH for yourself to avoid these issues. Advising with a knowledgeable personal trainer and your trusted physician will keep you healthy and strong.

Use the free supplement finder to compare your HGH options now!