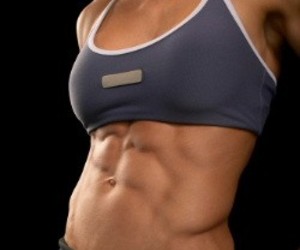 Hydroxycitric acid is commonly sold as a weight loss product and a life extension product. There are also other benefits being claimed about HCA that will be discussed later in this article.

You can purchase hydroxycitric acid most commonly in pill form as a dietary supplement but you can also find it in powder and liquid forms. Generally, when HCA is found in a liquid it is a secondary ingredient rather than the primary selling point.

When trials are put forth for any product, the first step is, generally, laboratory studies using a test tube or Petri dish study, or sometimes both. Human or animal fat, tissue, cells, etc. are used in the test tube or Petri dish and then combined with the intended product, or a variety of variations of the product to see what the results will be.

When hydroxycitric acid was tested in humans, there were no increases in serotonin. If fact, none of the results that occurred in lab or animal studies were repeatable in human trial.

In addition, any studies that would meet FDA approval will take several years and use a large population base when all is said and done. A 12 week trial with 50 people, for example, is not a strong or valid study.

Some people claim that hydroxycitric acid can help prevent the body from storing fat, allowing you to eat more fatty foods without fear of it sticking with you. This is not a proven claim, but it is one of the claims used to sell products with HCA.

In addition, it is believed that hydroxycitric acid will use fat for energy before it will use other sources, such as muscle and carbs. If this were true, then during exercise you would be losing fat faster when taking HCA.

Hydroxycitric acid is also sold as an appetite suppressant. As mentioned above, hydroxycitric acid raises serotonin levels in animals. As such, it is marketed as a product that can do this in humans as well.

Studies conducted by Dutch researchers on rats in 2005 showed that HCA delayed the glucose levels in rats after a meal was eaten. The implications of this are many, especially for diabetics.

Simply put, when a diabetic eats a meal, the body is unable to properly release the glucose in the body, often releasing it all at once or not releasing it at all. It is believed that HCA controls the release of glucose over a two hour period, enabling the proper amount of sugar to be disbursed in the body preventing hypoglycemia or a need for insulin.

Again, these results were from animal studies, not in human trials, although it is very likely that human trials are being conducted in other countries for the benefits of hydroxycitric acid for diabetes.

Hydroxycitric Acid and Interactions, Warnings, and Side Effects

Because there are no published human studies for hydroxycitric acid, there are no known side effects, interactions or warnings applied to this product. However, it is a citric acid, so talk to your doctor is you are taking any medications or have any medical conditions to ensure that citric acid products don’t interfere with your health care.

In addition, if you are pregnant or nursing, you should talk to your doctor before taking any supplements to ensure that you don’t cause any health issues for you or your child.

Use the nutrition page provided to find other sources of weight loss and fat burning. Then use the free supplement finder to compare hydroxycitric acid forms and sources!