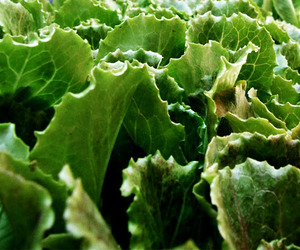 Inulin is a carbohydrate and part of a family of substances known as fructans. In its natural form, inulin is not absorbed by the gastrointestinal tract and is able to easily make it to the large intestine.

For this reason, inulin is considered a dietary fiber. There is quite a bit of scientific data regarding inulin but much debate as to whether humans should get it from natural foods or from concentrated formulas.

Inulin is commonly used as a food additive because it is sweet and contains higher amounts of food energy than some other carbohydrates. It is often used to replace flour, sugar, and fat in processed foods.

Inulin is also occasionally used as a sugar substitute for diabetics, although it's not nearly sweet enough to satisfy most individuals using it for that purpose. In terms of health benefits, there are some that are well documented. Inulin supplements are almost always produced in powder form and intended to be used with food or a beverage.

Inulin Health Benefits The two most widely documented benefits are the promotion of calcium absorption and the promotion of natural bacteria growth. As far as calcium is concerned, individuals suffering from calcium deficiency and its related disorders will sometimes use inulin as part of ... more

The two most widely documented benefits are the promotion of calcium absorption and the promotion of natural bacteria growth. As far as calcium is concerned, individuals suffering from calcium deficiency and its related disorders will sometimes use inulin as part of a successful treatment.

This implied benefit comes from increased production of good bacteria in the colon. Another common implied benefit is inulin's ability to help control blood sugar levels, lipids, and cholesterol.

One particular inulin product specifically instructs users to mix one spoonful with their favorite beverage on a daily basis. Used as a supplement for controlling high triglycerides, a dosage of 10 to 14 grams per day is considered appropriate.

Taken as a treatment for constipation, doctors recommend as much as 40g per day of inulin over the course of several weeks.

Inulin powders are available from an almost endless number of suppliers, due to the fact that it seems to be the latest fad product in the supplement industry. A price of $5-$10 for an 8 ounce bottle is normal; expect to pay slightly higher prices for larger volume containers. You should be able to find inulin at your local pharmacy or health food store, as well as a long list of online retailers.

According to WebMD there are no known serious side effects associated with inulin among healthy individuals. If taken in excess, or in large doses when first beginning a daily regimen, inulin can cause gastrointestinal problems.

Among these are upset stomach, excess gas, bloating, nausea, and cramps. For this reason it is recommended that new users introduce inulin into their diets gradually. This means starting with smaller doses than recommended on packaging materials, slowly building up to the recommended daily dosage.

As with all dietary supplements, it is possible for some users to experience an allergic reaction to inulin. This is another reason to begin taking it in small amounts. Most allergic reactions will be minor and should include things like itching, rashes, and hives.

Should you experience any of these symptoms after beginning and inulin regimen you should discontinue its use immediately. There has been one documented instance of anaphylactic shock due to allergic reaction.

Despite the fact that serious negative side effects have not been documented on a widespread basis, there is debate about whether inulin supplements should be used. Those against such supplements often cite high fructose corn syrup and sucrose as similar examples.

Opponents believe that by manufacturing these substances for use as dietary supplements, many of the natural benefits are lost while the potential of harmful side effects increases. Opponents suggest that all inulin intake should be the result of a normal healthy diet which includes inulin-rich foods.

Looking for an inulin product to add to your diet? Use the supplement finder now!