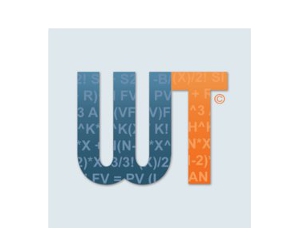 Manganese sulfate is a mineral salt that is an essential mineral for many functions of the body. It is used by amino acids in the body to break down fats, cholesterols, carbohydrates and proteins for use in the cells.

Manganese sulfate is added to health supplements such as vitamins, and is also used in a number of medications and supplements for treatment of anemia, bone loss and osteoarthritis. It is also sold as a standalone nutrient supplement.

Manganese Sulfate in Food Manganese sulfate occurs naturally in leafy vegetables, nuts, some fruits, whole grains and some teas. It is believed that most people’s diets are sufficient in supplying the necessary amounts of the mineral. Deficiency of the mineral has only been reported in ani... more

Manganese sulfate occurs naturally in leafy vegetables, nuts, some fruits, whole grains and some teas. It is believed that most people’s diets are sufficient in supplying the necessary amounts of the mineral. Deficiency of the mineral has only been reported in animals, according to the Mayo Clinic.

Web MD lists this mineral as an ingredient in supplements that are used to promote joint health. Supplements that propose to improve symptoms of osteoarthritis, such as painful swelling in the joints of the hips and knees, contain chemicals such as glucosamine hydrochloride and chondroitin sulfate.

Many of these joint health supplements, whose claims have not been evaluated by the FDA, also contain manganese sulfate.

Web MD also lists manganese sulfate as an ingredient in medications that treat osteoporosis, or bone loss. The mineral has been shown to reduce spinal loss when used with other minerals.

It is thought that manganese sulfate is used in bone formation as well as its other uses in the functions of the body. A deficiency of manganese in animals has been accompanied by irregular skeletal formation.

The U.S. Food and Drug Administration (FDA) labels manganese sulfate as GRAS, or Generally Recognized As Safe, when used within a normal diet where the daily level consumed remains within safe limits.

The Food and Nutrition Board (FNB) of the Institute of Medicine set maximum levels for the intake of the mineral as there is no recommendation from the Food and Drug Administration. There is not enough known about manganese sulfate to set a Recommended Daily Allowance (RDA).

The adequate intake for an adult is 2.3mg a day for men and 1.8mg for women, and it is not to exceed 11mg a day. Levels for children are considerably lower based upon their age.

While neurotoxicity from manganese sulfate is not common, it is not a reversible affliction. Great care should be taken when using a supplement or medication containing the mineral.

Side effects, apart from those caused by an overdose, are minimal for the mineral manganese sulfate. Stop taking the supplement and see your doctor if you think you are suffering from an allergic reaction or side effects from taking it.

New medications or supplements should be discussed with a doctor and pharmacist prior to beginning a daily regimen. You want to ensure that you are not ingesting too much manganese sulfate through different sources.

Web MD reports that those who suffer from liver disease, cirrhosis of the liver or liver failure should not take manganese sulfate. The liver removes excess manganese from the body through bile, and the mineral will build up in the body due to the compromised function of the liver. Neurotoxicity will result.

It is also reported by Web MD that those with anemia from low iron should not take manganese sulfate due to high absorption of the mineral in those who have low iron in the blood.

Web MD also reports that manganese sulfate can interfere with the absorption of antibiotics. Those on antibiotics should discuss the mineral with their doctor and pharmacist.

How to Take Manganese Sulfate

Manganese sulfate is available in pill and capsule form, as a standalone nutrient or as part of a supplement or medication. Follow your doctor’s prescription or the manufacturer’s recommendations on the bottle.

Keep all medications and supplements containing manganese sulfate out of the reach of children.

To locate and compare products which contain manganese sulfate, use the supplement finder today!