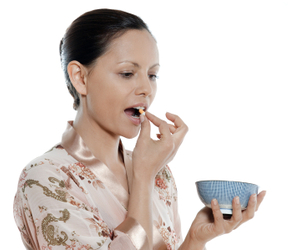 Molybdenum, also known as ammonium molybdate, molybdendum chelate and sodium molybdate is a crucial trace mineral that plays a vital role in the overall health of the human body. To simplify molybdenum’s function in layman terms, it acts as a cofactor for several enzymes.

Athletes may wish to supplement with molybdenum because of the role it plays in the nitrogen cycle. According to the USDA, molybdenum is an integral part of three specific enzymes, which are aldehyde oxidase, xanthine oxidase and sulfite oxidase.

To view the importance of these three enzymes and their function in the body, please see the information provided by the Linus Pauling Institute at Oregon State University.

The Sources of Molybdenum

The presence of molybdenum in food is notably depleted, since the quality of soil has greatly declined over the last two decades. The glands, kidneys, liver and bones store molybdenum, yet it is also found in the skin, muscles, spleen and lungs.

Urination will dispel approximately 90% of the molybdenum that is consumed in food. Molybdenum deficiency is rare, yet it may be found in individuals who are intravenously fed over long periods of time.

Occasionally, a deficiency may be found in infants due to a genetic situation, where the body refuses to use the molybdenum when it is consumed.

The Benefits of Molybdenum

Wilson’s disease, an inherited metabolic disease, is defined as when the body is unable to process copper, is treated with molybdenum. Molybdenum aids in nitrogen metabolism, aids in efficient iron absorption to prevent anemia, effectively treats sexual impotence and helps in the prevention of tooth decay.

Molybdenum reportedly protects cells from dangerous molecules or free radicals that would otherwise damage cells. The American Cancer Society is doing extensive research into this possibility.

The Recommended Daily Dosage for Molybdenum

The recommended dietary allowance (RDA) was established by the the U.S. Food and Nutrition Board in 2001 and has not changed. The average dosage that the Board recommends is 45 - 50 micrograms per day for healthy adults.

The Linus Pauling Institute at Oregon State University lists the recommendations that were established in 2001:

Please note that the recommended dosage pertains to both males and females.

The American Cancer Society is in agreement with the established amount, yet suggests that the typical dosage for the molybdenum supplement is 75 mcg daily.

Adherence to recommended doses is advised, as overdoses can lead to symptoms of copper deficiency. The symptoms of an overdose of molybdenum are rashes, fatigue, anemia, dizziness and low counts of white blood cells.

The American Cancer Society states that prolonged exposure to high levels of molybdenum in workplaces where it is processed results in headaches, muscle and joint pain, weakness, fatigue and poor appetite. The dust from this product may be responsible for coughing, as well as an irritant for the throat and nose.  Protective gear should be worn in the workplace.

The Linus Pauling Institute reports only one known case of acute toxicity from the molybdenum supplement. The amount of 13.5 mg per day was consumed by an adult male over a period of 18 days. This resulted in neurological symptoms, such seizures and hallucinations.

The same report continues on to speak of a controlled study, in which four, healthy male adults were given nearly 1.5 mg/day over a 24 day stretch, with no adverse effects noted. The tolerable Upper Intake Level for adults aged 19 years and older is listed as 2.0 mg/day or 2,000 mcg.

Are you undergoing a body building regimen or strenuous exercise program? If you desire to increase your molybdenum supplemental intake above the recommended RDA amount, it is best to consult your doctor or health care professional.