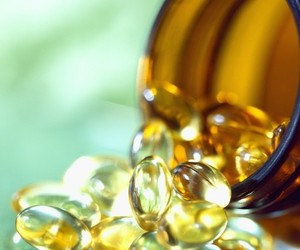 If you are trying to take an active interest in your own and your family’s health, then you have probably already started the “health kick” or buying organic foods and doing away with junk food on a regular basis. You may also have heard about the ingredient omega 3.

Omega 3 has been in the news lately as new research is suggesting these fatty acids can provide a world of benefits for the human body. These unsaturated fatty acids can be found in a number of food sources, though some consumers are making a conscious effort to add supplements their diet.

Omega 3 fatty acids include three polyunsaturated fats which are docosahexaenoic acid (DHA), α-linolenic acid (ALA), and eicosapentaenoic acid (EPA). The most effective acid in treating illness and symptoms is that of DHA, though the conversion of ALA to EPA and to DHA is limited, and possibly further limited by a person’s genetics.

Omega 3 Benefits and Observations Omega 3 is one of the few ingredients verified by the FDA to be beneficial for the heart. In fact, in the last quarter of 2004 the FDA gave Omega 3 the status of a “qualified health claim”, meaning that while the information was not entirely conclusive, th... more

Omega 3 is one of the few ingredients verified by the FDA to be beneficial for the heart. In fact, in the last quarter of 2004 the FDA gave Omega 3 the status of a “qualified health claim”, meaning that while the information was not entirely conclusive, there was enough evidence to suggest ingesting omega 3 could have a positive effect on the human heart, and reduce the risk of heart disease.

It’s not necessarily that omega 3 is a wonder drug; rather, it’s that the majority of Westerners are already unhealthy because of their poor nutrition and uneven ratios between polyunsaturated fatty acids and omega 3. This is mainly due to cheap and tasty foods that have poor ratios of healthy and unhealthy fats.

Some users have also sworn by the positive effects they have experienced after increasing their omega 3 supply to counteract high omega intakes. Some users have found that omega 3 can help depression and fatigue, brittle hair and pain in their joints among other physical and mental health issues.

Increasing dosage of omega 3 daily is said to help inflammation, which is great news for those patients suffering from arthritis and other joint diseases. It is also believed to inhibit cancer cell growth and help lower obesity risk. This is because omega 3 helps your body to use more leptin, a hormone that affects metabolism and fat storage. If you are trying to lose weight, you may want to add more omega 3 this to your daily regimen.

Omega 3 fatty acids are naturally found in a variety of foods, such as salmon, swordfish and cod liver oil. Less potent sources can be found in eggs, beef and lamb. If you are a vegetarian you can look for sources in alternatives such as flaxseeds, walnuts, hempseeds, pecans and hazel nuts. However, absorption of these fatty acids is slightly more challenging than taking in higher protein meats.

For those not wanting to add calories to their diets, or who simply cannot obtain adequate amounts of omega in food, it is also sold as a supplement. Thealpha-linolenic acid component is found in many plant sources and is considered essential, as we cannot make them in our bodies and yet they play a vital role in keeping us healthy.

While there are a lot of scientific terms explaining the process, the basics are that omega 3 works by promoting healthy cell membranes in your body. Every cell that makes you up is basically surrounded by a membrane, and these membranes are made up of fatty acids which have the job to protect the cell and to allow good nutrients in and keep bad substances out.

Eating saturated fats, such as foods made with hydrogenated oil, is believed to cause your body’s cell membranes to become hard and to stop working in the way they were meant to work. When cells develop a weak or hard membrane, the body doesn’t function properly. Research suggests this can lead to problems in the body such as cancer. By supplying the body with the proper amount of healthy fatty acids, you are making a better effort to keep your body in above average health.

Omega 3 Dosage and Side Effects

Most often for healthy individuals, 800 mg to 2000 mg is the recommended daily dose of omega 3. This can be found in supplement form usually taken by swallowing and ingesting one capsule twice a day. As with any supplement, talking to your doctor before a major diet change is always a wise move.

If you have had heart problems, or are pregnant or nursing, you may be put at further risk by increasing your omega 3 intake. People with a history of bleeding problems should also speak to their health care provider prior to taking omega 3 supplements as thinning of blood has been a noted side effect. Other side effects can include nausea, heartburn and diarrhea, though taking the pills with a meal is known to help alleviate symptoms.

Taking Omega 3 has numerous reported health advantages, and some noted side effects. You may be able to benefit from additional omega 3 supplements. However, in the long-run it’s best to focus on improving your diet so that further dosage only has to be minimal. Good nutrition and exercise are both essential for a long and healthy life! Find and compare Omega 3 sources with the free supplement finder now!