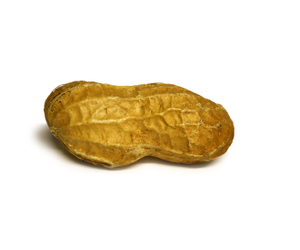 Peanut flour is popping up as a protein supplement everywhere. It is made from roasted peanuts that have been ground and had most of their natural fats removed. Peanut flour still retains the unique flavor of peanuts.

Peanuts come from the legume family and are not a tree nut. They are in the same family as beans and peas.

These little legumes pack a lot of nutritional value too. They are rich in several B vitamins including niacin, thiamine, riboflavin, and B6. Peanuts are also an excellent source of vitamin E, copper, potassium, magnesium, zinc and phosphorus.

Health Benefits of Peanut Flour The many nutrients and high protein levels of peanut flour make it an excellent supplement for anyone looking to boost their protein intake. Peanut flour also has its place in the baking world. It is widely useful in gluten free applications as well as o... more

The many nutrients and high protein levels of peanut flour make it an excellent supplement for anyone looking to boost their protein intake.

Peanut flour also has its place in the baking world. It is widely useful in gluten free applications as well as other food uses.

Peanut flour can protect you from heart disease. Several studies published in the Journal of Nutrition support this. In 2005, a study was conducted in South Africa that showed consuming 35–68 grams of peanut flour a day reduced total cholesterol up to 16% and LDL by 19%.

Another study conducted in 2009 proved that 16 grams a day of peanut flour significantly reduced the risk of cardiovascular disease in women who had Type II diabetes. This study had 54,000 participants and followed them for 22 years.

The Journal of the American Medical Association also published results that showed consuming at least five servings of peanuts a week lowered the risk of developing diabetes in women. Peanuts can help control blood sugar levels in people who suffer from Type II diabetes.

Peanut flour is high in antioxidants know as polyphenols. One of these is resveratrol.

Resveratrol put red wine on the map for health benefits, but it can be found in peanuts as well. This compound has been linked to many things including cancer prevention, lowering risks of heart disease, and living longer.

The high levels of niacin in peanut flour help repair cell damage. Niacin can provide some protection from cognitive degeneration such as Alzheimer’s.

Purdue University published a study in 2002 that showed consuming around 500 calories from peanut products resulted in lower caloric intakes overall.

Peanuts have a bad reputation of being high in fat, so most dieter avoid them despite the benefits they provide. Peanut flour can have12% of the fat found in peanuts or peanut butter.

Including peanut flour in your diet may help you lose weight. It is rich in fiber and protein that trick the body into feeling full longer. Peanut flour also seems to reduce sugar cravings.

Peanut flour is high in protein. This makes it great for body building. It can be used in protein shakes. Also it can be suitable for a vegan lifestyle.

While excessive protein can be dangerous, bodybuilders need greater amounts in their diet. This need is filled through supplementation to lower the amount of fats and cholesterol associated with most protein sources.

Peanut flour is low carb, gluten free, and vegan. Its uses are only limited by your imagination. It can be used in place of peanut butter by mixing it with small amounts of water.

Peanut flour can also be used to replace some of the flour in a recipe to boost protein and taste. You should not replace all of the flour though. Even in gluten free baking you need the properties that carbohydrate based flours offer.

Peanut flour can be sprinkled onto cereals, fruit, and baked goods. It can also be mixed into yogurt or used to create sauces.

Peanut flour is derived from peanuts and should be avoided by anyone with a peanut allergy. Allergic responses to peanuts can happen very quickly and include symptoms such as swelling, hives, tingling in the mouth, nausea, diarrhea, pain, and shortness of breath.

Peanut flour can also cause anaphylaxis. It requires immediate treatment with an adrenaline shot or Epi Pen. Symptoms of anaphylaxis can include rapid pulse, dizziness, swelling in throat, and inability to breathe.

In 2009, WebMD published a study conducted in England on peanut allergic children. They were given a small dose of peanut flour mixed with yogurt every day for six weeks.

Further testing still needs to be done at this point on the safety of this type of treatment. You should not try this at home. Scientists believe there are still serious dangers to consuming any type of peanut products if you have an allergy to them.

You can look for products containing peanut flour with the free supplement finder now!