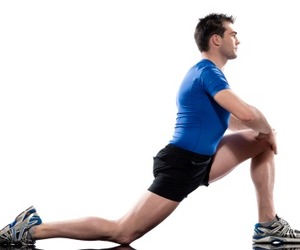 Polyphenols are organic chemicals that can be natural, synthetic or semi-synthetic. There are many different kinds, but antioxidant polyphenols are used in health supplements to combat the oxidation of cells that leads to cell damage or death.

Heath and diet supplements that contain polyphenols are meant to protect against cancer, heart disease, aging and skin damage such as wrinkles. Polyphenols have also shown promise in treating sleep apnea and inflammation. Also, improved memory function and treatment for diseases such as Alzheimer’s have also been linked to polyphenols.

Polyphenols and Cell Protection Polyphenols are antioxidants. Oxidation is a chemical process where one atom changes to another by exchanging electrons. When oxidation occurs in the body, some electrons are not used; they are “free,” and are called free radicals. Free radicals are beli... more

Polyphenols are antioxidants. Oxidation is a chemical process where one atom changes to another by exchanging electrons. When oxidation occurs in the body, some electrons are not used; they are “free,” and are called free radicals.

Free radicals are believed to cause damage or death to cells. They are thought to play a significant role in cancer, aging and degenerative diseases such as Alzheimer’s and Rheumatoid Arthritis.

Antioxidants inhibit free radicals, thus reducing the damage caused to cells. Polyphenols can protect against heart disease, degenerative diseases and aging because of their antioxidant properties.

Polyphenols and the Heart

Polyphenols work to halt the oxidation of LDL cholesterol, thus preventing the clogged arteries that cause heart disease. This antioxidant action is why the consumption of red wine in moderation is touted by doctors as being good for the heart.

Another study, also reported on Web MD, showed that the polyphenols in green tea resulted in a significant increase in memory functioning. The tests were conducted with rats that were subjected to oxygen depletion to simulate sleep apnea over a period of two weeks.

Polyphenols show promise in treating or preventing other types of memory loss as well, such as from Alzheimer’s. The polyphenols work as an antioxidant for free radicals such as hydrogen peroxide, which is thought to affect the brain in Alzheimer’s patients.

A 2011 study, which can be found at the US National Library of Medicine (NLM) website, showed that obese mice reacted to an extract containing polyphenols with lowered levels of cholesterol, triglycerides and fat concentrations. Similar reactions were not seen in mice that weren’t already obese, leading researchers to conclude that polyphenols will be useful as a complimentary treatment for obesity.

Polyphenols are also shown to protect cells from aging due to free radicals, inside and out. Noticeable signs of aging, such as wrinkles and discoloration, are caused from natural elements, such as UV rays, and from toxicants, such a cigarette smoking and pollution.

Studies are ongoing in the use of polyphenols to combat many forms of cancer, including prostate cancer. An abstract in the medical journal “Elsevier” outlines a review of data about polyphenols and green tea. The abstract cites multiple instances where the polyphenols in green tea contributed to a decrease in development of prostate cancer.

The connection between green tea and a lower risk of many types of cancers was first recognized years ago.  When the cancer rates in Asia, where tea is consumed daily, were compared to cancer rates in Western countries, it was clear that those who regularly drank green tea had lower rates of cancer.

Polyphenols and Side Effects

As polyphenols in supplements are derived mainly from plant sources, there are few side effects associated with taking it. However, it is possible that those allergic to those plants or fruits might have an allergic reaction to polyphenols.

You should always speak with your doctor and pharmacist before starting any new medicine, vitamin or health supplement. Certain sources for polyphenol could have adverse reactions with certain medications.

Women who are pregnant or nursing and people who are expecting to have surgery should speak with a doctor about the safety of polyphenol supplements.

Polyphenols are found in pill, powder and liquid form, usually with other ingredients. Follow the manufacturer’s guidelines for how to take it.