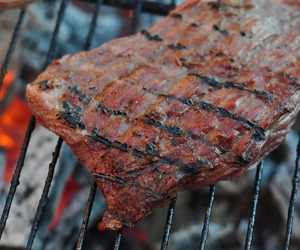 It is very important to note that there are no supporting data to suggest that pyroglutamic acid is beneficial for the brain!

Glutamic acid is a proteinogenic amino acid. This means that it is one of the amino acids found in protein and is found in the universal genetic code.

Glutamic acid is an amino acid that is directly related to learning and memory. Because pyroglutamic acid is derived from glutamic acid, many people and supplement manufacturers assume that it will have the same benefits.

Pyroglutamic acid creates a chemical reaction that results in the creation of lactam. Lactam is a cyclic amide.

Interestingly, cyclic amide can be used to create many industrial items such as dye, building material, drying ammonia and creating sodium cyanide. However, in the human body, it is a non-essential part of proteins.

Pyroglutamic acid is naturally present in meat, soy, and vegetables. Almost everyone should be able to get an adequate amount in their normal diet.

While it is believed that pyroglutamic acid is an effective supplement to help improve memory and focus, the question that many people ask is if this sort of supplement could prove harmful. The answer to that is yes.

However, the dangers of taking too much pyroglutamic acid can result in a condition known as metabolic acidosis. This condition occurs when there is too much acid in the body or sometimes it is a sign that the kidneys are unable to remove enough acid in the body.

There are several different physical issues that one may suffer from with the onset of metabolic acidosis, which includes:

The Potential Benefits of Pyroglutamic Acid

Improved focus can really benefit those in the weightlifting community. Especially while they are in the middle of a demanding workout!

While there are no good studies showing that pyroglutamic acid provides any real benefit to the human body, there are small studies that are used to make more claims about pyroglutamic acid. The good news is that this is an actual published study by researchers who were disinterested in the good or bad outcomes of the study.

The study was conducted at the Medical Clinic at the University of Rome and published on NCBI, PubMed portion. During this study, fifteen male volunteers were given daily doses of arginine, L-lysine and pyroglutamic acid.

What this study found was that after the subjects received these daily doses of pyroglutamic acid, each male volunteer experienced a prolonged and intense release of growth hormones. In addition, this release was found to be sustained for several hours.

The study was performed in 1981. However, the subjects in the study were only observed for two days and then repeated the process after a ten day break, and then again after a 20 day break.

Eight different men participated in the study. No further observation or testing was done.

When taken in moderation, there is little fear of side effects from pyroglutamic acid. To locate and compare nutritional products containing pyroglutamic acid, use the supplement finder now!