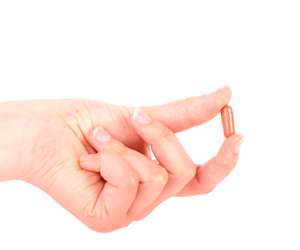 Rhodiola rosea is among a group of plants classified in science as being adaptogens. Adaptogen are plant-derived herbs believed by some to be helpful in the treatment of anxiety and stress, certain mental disorders, general fatigue, and trauma.

Practitioners of herbal medicine often use rhodiola rosea, also known as golden root and Aaron's rod, as an ingredient in a tea or tonic for rejuvenation. There are some clinical studies suggesting the efficacy of rhodiola rosea for these purposes.

Rhodiola rosea grows best in colder climates, which is why it's found in abundance in places like the Arctic, the higher elevations of the Rocky Mountains, the Alps, Iceland, and many of the Scandinavian countries. It also prefers higher elevations.

It is a very robust plant which allows several shoots to grow from the same root system; in ideal conditions shoots can grow as high as 14 to 16 inches. As a supplement, rhodolia rosea may be sold either as an extract, a tea, or whole.

Health Benefits of Rhodiola Rosea There is a lot of hype about rhodiola rosea these days. This supplement is increasingly being marketed as a all-in-one "wonder drug" that will solve all of your mental and emotional issues. Unfortunately much of this hype is unwarranted and could lead ... more

There is a lot of hype about rhodiola rosea these days. This supplement is increasingly being marketed as a all-in-one "wonder drug" that will solve all of your mental and emotional issues.

Unfortunately much of this hype is unwarranted and could lead to unreasonable expectations by consumers. While rhodiola rosea does have some benefits is not a miracle solution for all of your problems. That said, let's take a look at some of what's known about this herb.

History documents several cold weather cultures, such as Russian and Scandinavia, as using rhodiola rosea to help improve overall vitality during the harsh winter months. Russians believed so highly in the ability of rhodiola rosea to improve mental function and alertness that it was regularly used by the former Soviet Union's KGB spy detachment.

Rhodolia rosea has a reputation for improving physical and mental performance under highly stressful conditions. It has been used for these purposes by the Russians and Chinese for centuries. It is believed by some researchers that rhodiola rosea is helpful in this way because it has a measurable effect on serotonin and dopamine levels.

Rhodiola rosea is sometimes included in anti-aging and sexual performance supplements because of some of its other known properties. Limited research has concluded that rhodiola rosea has an effect on the body's response to both chemical and biological stress, thereby reducing the effects of such stress on the body.

The idea behind using rhodiola rosea as an anti-aging supplement lies in the fact that reducing the effects of stress is believed to also reduce the onset of certain aspects of aging.

It must be noted that both the anti-aging and sexual performance claims attached to rhodiola rosea have never been conclusively proven. It's up to the individual user to decide its efficacy for these purposes.

Dosages and Side Effects of Rhodiola Rosea

According to drugs.com, a common dosage of rhodiola rosea would be 200 to 600mg per day. When used as an antidepressant they cite a typical dosage of 340 to 680mg per day, using an extract.

In terms of rhodiola rosea’s use as an anti-aging or sexual performance supplement, dosage guidelines are not available. It should be noted that, as with any dietary supplement, users should never exceed the daily dosage printed on package labels.

There are very few adverse side effects known to be associated with rhodiola rosea. According to the Sloan-Kettering Institute, the two most common are minor irritability and insomnia.

Users who notice these two side effects should consult a doctor as to an appropriate course of action. Otherwise, rhodiola rosea is generally considered safe under the dosage guidelines listed above.

Because of all the commercial hype surrounding rhodiola rosea, you can find it really available online at any number of healthy living and dietary supplement sites. Please note that the FDA has issued letters to supplement makers in the past, warning them against making specific medical claims about rhodiola rosea.

These companies have been advised that they can continue selling their products as dietary supplements but they cannot make specific, undocumented medical claims. To locate and compare nutritional products containing rhodiola rosea, use the supplement finder now!