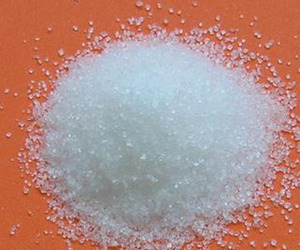 Saccharin is the oldest and most researched artificial sweetener. Artificial sweeteners like saccharin are no-calorie sugar substitutes. Manufacturers use saccharin in candy, canned fruit, chewing gum, baked goods, salad dressings, nutritional supplements, as well as non-food products such as toothpaste.

Saccharin's safety is debated because studies have shown a link between high doses of saccharin use and urinary bladder cancer. Most studies demonstrating a casual relationship were performed on rats and most experts believe that human studies prove that the cancer link exists only in rats.

Saccharin is an artificial sweetener that contains a bitter aftertaste and is between 200 to 700 times sweeter than table sugar, according to MedicineNet.com. Saccharin is a white crystalline powder that is sold commercially as acid or salts. The salt forms are called sodium saccharin or calci... more

Saccharin is an artificial sweetener that contains a bitter aftertaste and is between 200 to 700 times sweeter than table sugar, according to MedicineNet.com. Saccharin is a white crystalline powder that is sold commercially as acid or salts. The salt forms are called sodium saccharin or calcium saccharin, though all of the forms are called saccharin, according to the Environmental Protection Agency.

Saccharin is the longest known and most studied artificial sweetener, according to an article published on the Los Angeles Times website in December 2010. The sweetener was discovered by accident at John Hopkins University in the 1870s by a scientist trying to discover a food preservative. It has since been added to a wide range of foods.

Saccharin has a long history of scrutiny regarding its safety for human consumption. Some evidence linked saccharin to bladder cancer. The United States Food and Drug Administration (FDA) has declared saccharin generally safe, but some people still believe it may be dangerous.

Constantine Fahlberg discovered saccharin in 1879, according to an article on the Elmhurst College website's Virtual Chembook. Fahlberg accidentally spilled a chemical and later realized it made his dinner taste sweeter. He was able to trace the source of the sweetness to the chemical that was later named saccharin.

Food manufacturers began substituting saccharin for table sugar, sucrose, by 1900, without telling customers, according to the Los Angeles Times article. This allowed the food companies to save money because saccharin was cheaper than sugar. When the American public discovered the deception they demanded new laws that required companies to label the artificial sweetener.

During World War I and World War II sugar was significantly rationed, leading to an increased used of saccharin. However, saccharin did not really catch on until the 1950s when women began to use it as a sugar substitute to cut calories.

Saccharin is mainly used as a calorie-free alternative to sugar for foods and beverages. Not only does it contain no calories, saccharin is also sweeter than sugar so less is needed to sweeten foods. Common foods that include saccharin include:

Drug companies sometimes use saccharin to coat pills or vitamins. Cosmetic companies may include saccharin in products such as lipstick, toothpaste and mouthwash. It can also add an extra sparkle to metal during electroplating, according to NPR.org.

However, foods that contain saccharin may still be made with other ingredients that affect blood sugar.

A popular use of saccharin and other artificial sweeteners is for weight loss, according to the Mayo Clinic. Saccharin can help people control their weight because it has no calories, unlike sugar.

Table sugar contains 4 calories per gram, which is about 16 calories per teaspoon. Consuming an excess of 3,500 calories causes people to gain one pound of fat. The opposite is also true.

Add daily exercise to your routine along with healthy substitues like sacharin to see improvements in your fitness level.

According to an article in the “Food and Chemical Toxicology” journal published in April-May 1985, saccharin has been well-studied and deemed safe. However, the FDA did temporarily ban saccharin for use as a food additive after studies discovered bladder tumors in rats given saccharin.

In 1972, the EPA took saccharin off its list of food ingredients assumed to be safe, according to an article published on NPR.org in December 2010.

Saccharin was identified as a potential human carcinogen by the EPA and hazardous waste in May 1980, according to the Environmental Protection Agency.

Following more studies, the National Toxicology Program took saccharin off its list of potential human carcinogens. The laws were changed that year which required food manufactures to include warning labels for saccharin products about the link to cancer.

In 2003, companies that make low-calorie foods together petitioned the EPA to reconsider its listing of saccharin as a hazardous waste, according to an article published on NPR.org in December 2010.

Human studies mostly show that there is no link, but not all studies are conclusive. At least one study conducted in the U.S. found that people who ate more than 1.6 grams of artificial sweeteners daily had a 30 percent higher risk of bladder cancer, according to the Los Angeles Times article.

Saccharin can lead to allergic reactions in certain people, according to MedicineNet.com. Some people are allergic to compounds called sulfonamides, of which saccharin is a member. An allergic reaction may result in:

According to MedicineNet.com, some people believe that saccharin in infant formulas may lead to muscle dysfunction and irritability.

Although the FDA says that there is no reason to limit use of saccharin in infant formulas, concerns still exist that limits should be placed on the use of saccharin for products for infants, pregnant women and children.

According to MedicineNet.com, there are recommended limits for saccharin consumption. The acceptable daily intake for saccharin should not exceed more than five milligrams per kilogram of body weight. One kilogram equals approximately 2.2 pounds.

For example, a person who weighs 150 pounds therefore weighs around 68 kilograms. To determine the saccharin limit, this person would multiply the 68 kilograms by five, resulting in a acceptable daily intake of 340 milligrams.

Food and Chemical Toxicology: Highlights in the History of Saccharin Toxicology

Mayo Clinic: Artificial Sweeteners: Understanding These and Other Sugar Substitutes

Mayo Clinic: Can I Use Artificial Sweeteners If I Have Diabetes?