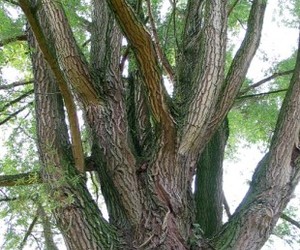 Salicin is a supplement with medicinal value that comes from the extract of Silax (willow) and poplar trees. The chemical structure of salicin resembles aspirin and provides similar benefits. There are multiple conditions that salicin in willow bark or aspen can be beneficial for, particularly pain management.

Both willow bark and aspen have many known uses. It is typically safe, though people who are sensitive to aspirin may react to anything that contains salicin.

In rare cases, salicin may be dangerous. It is believed that salicin contributed to the death of Ludwig von Beethoven. According to WebMD, Beethoven consumed a significant amount of salicin before he passed. His autopsy discovered a kind of kidney damage linked to salicin use.

Salicin is a chemical found naturally in the bark of willow and poplar trees, according to Drugs.com. It is similar to aspirin and is an important substance in popular supplements like willow bark and aspen. Due to its similarity to aspirin, salicin has medicinal benefits, such as reducing... more

Salicin is a chemical found naturally in the bark of willow and poplar trees, according to Drugs.com. It is similar to aspirin and is an important substance in popular supplements like willow bark and aspen.

Due to its similarity to aspirin, salicin has medicinal benefits, such as reducing inflammation, that aspirin is also known to be effective for. Salicin was once used for rheumatoid arthritis, but today has many other uses.

Salicin is the reason that willow bark has medicinal benefits. Even without knowing the reason, people have used willow bark effectively for pain relief for more than 6,000 years.

In addition to pain relief, extracts from willow tree has also been used traditionally for inflammation and musculoskeletal conditions.

Salicin, like aspirin, can decrease pain from a variety of causes. According to WebMD, willow bark is known to lessen pain in conditions, such as:

Higher amounts of willow bark are more likely to result in improvement of symptoms than lower doses. However, too much salicin may cause toxicity and side effects.

The salicin in willow bark relieves headaches, according to the University of Maryland Medical Center.

An important benefit of using willow bark instead of ibuprofen or different pain relievers is that willow bark is not as likely to result in gastrointestinal side effects.

However, people who have a history of upset stomach may experience adverse effects from using willow bark.

People with colds or the flu may find relief by using willow bark. According to WebMD willow bark is used for the common cold, flue and fever.

The University of Maryland Medical Center states that there is not yet enough evidence to prove that willow bark helps fever or flu.

Salicin may help people lose weight. Taking willow bark along with cola nut and ephedra can result in small amounts of weight loss in people who are overweight or obese. However, ephedra use may be dangerous. Ephedra is banned in the United States.

Willow bark use comes with a risk of side effects, though side effects are usually mild. It can cause gastrointestinal discomfort, allergic reactions and other side effects, including:

Some people may suffer allergic reactions, including rash and itching. According to the University of Maryland Medical Center, people who are allergic to aspirin are especially at risk of reactions from salicin.

Salicin may interact with certain drugs and supplements. According to Drugs.com, sedatives, barbiturates, alcohol and other products that contain salicylate. Willow bark can interact with anticoagulants and seizure medications, as well as other drugs like methotrexate.

Aspirin can reduce blood clotting too. Due to the similarity of aspirin and salicin's chemical makeup, taking salicin products and aspirin together may increase the effects of aspirin making it stronger as well as potential side effects.

Salsalate is another medication that is considered a salicylate. It is sold under the brand name Disalcid. Combining salsalate with willow bark may result in worse side effects. The mixture can also increase effects of salsalate.

Salicin products are generally safe. RXList.com states that willow bark is usually safe when used for up to 12 weeks, at least for most people. People with a hypersensitivity to aspiring are a definite exception though.

People with an aspirin sensitivity are not the only ones who should avoid salicin and willow bark. People with impaired blood clotting and needing vitamin K antagonistic treatment are not cleared to take salicin. Several other medical conditions are contraindicated for salicin use, including:

People who are scheduled for an upcoming surgery within two weeks should not take willow bark because it increases the risk of bleeding.

The safety of taking aspen, which also contains salicin, is unknown due to insufficient research. RXList.com warns that aspen use may result in skin reactions, like rashes, if it makes contact with skin.

Alcohol and aspen do not mix. Alcohol elevates risk for bleeding in the stomach and intestines, and also the severity of bleeding. Additionally, people with the following conditions should not use aspen:

Specific doses of salicin are not established so much as amounts of willow bark that contains salicin. Specific supplements made from willow bark have different percentages of salicin so recommendations generally are given for willow bark with an estimated range of salicin.

According to Drugs.com, 1 to 3 grams of willow bark includes around 60 to 120 milligrams of salicin, which research shows is usually effective for pain relief.

Patients with lower back pain found relief from taking willow bark that included around 120 to 240 milligrams of salicin. RXList.com suggests that the higher amount of 240 milligrams is more effective.

Willow bark extracts in capsules and tablets are only one option for getting salicin in supplement form. People may also use dried willow bark in a tea. The University of Maryland Medical Center 1 to 2 teaspoons of dried willow bark in 8 ounces of water and allowing it to simmer for 10 to 15 minutes. Steeping time is 30 minutes The UMMC suggests drinking three to four cups of tea daily.