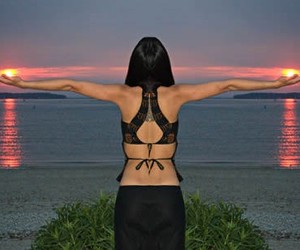 SAMe, pronounced “Sammy”, is a naturally occurring molecule that all of our bodies produce naturally. Recently its benefits have been studied, and it has begun to be sold as supplements for treating a wide variety of conditions.

Although not sold in the United States until 1999, SAMe, has been used in Italy via prescription since 1979 for the treatment of osteoarthritis. SAMe helps to regulate various hormones and neurotransmitters including serotonin, melatonin, dopamine, and adrenaline, in the body. The benefits, potential side effects and recommended dosage are described below.

SAMe Benefits Although it is not approved by the FDA, SAMe has a wide variety of uses, some proven through research, and others not. The first use discovered for SAMe is for patients suffering from depression. Since it helps regulate chemicals in the brain that impact mood and emotions... more

Although it is not approved by the FDA, SAMe has a wide variety of uses, some proven through research, and others not. The first use discovered for SAMe is for patients suffering from depression.

Since it helps regulate chemicals in the brain that impact mood and emotions, SAMe helps reduce the symptoms of depression for many people who have reacted poorly to prescription anti-depressants.  Nearly 40 clinical studies with fairly consistent results support the effectiveness of SAMe for the treatment of depression.

While conducting a study in the 1970s in Italy on the effects of SAMe on people with depression, it was accidentally discovered to have a positive effect on joint pain. SAMe is now proven through extensive research to decrease arthritis symptoms and relieve joint pain and stiffness. While these are the most research-supported uses for SAMe, there are many other disorders that people use SAMe in an attempt to treat.

Some research supports using SAMe for the treatment of fibromyalgia, nerve disorders related to AIDS, and gallbladder issues. While studies have been done the results are inconclusive or inconsistent. The following ailments have also been treated with SAMe in supplement form despite the lack of any scientific research to prove its effectiveness in treating them.

Although side effects with SAMe are rare and usually mild any person considering taking SAMe should be aware that they can occur. The most common side effects include gas, stomach upset, drying of the mouth, headache, sleeplessness, sweating, vertigo, and anxiety. In rare cases people with emotional disorders exhibit symptoms of anorexia after taking SAMe supplements.

There are some disorders that could be worsened by taking SAMe in supplement form. People suffering from Bipolar Disorder should be aware that SAMe can lead to extreme conversions from a depressive to manic state. Also SAMe has been shown in some cases to make Parkinson’s disease symptoms worse. Patients with Parkinson’s should be very cautious if they are considering taking SAMe.

SAMe can impact the central nervous system during surgical procedures. If you are scheduled to have surgery you should stop using SAMe at least two weeks before the operation.

SAMe increases the amount of serotonin that is delivered to your brain. Therefore, it should not be combined with prescription drugs that do the same. These include anti-depressants and anti-anxiety medications, Demerol, Pentazocine, Tramadol, and Dextromethorphan, which is commonly found in Robitussin DM cough medicine.

SAMe also should not be combined with Levodopa, a common medication used for the treatment of Parkinson’s disease. SAMe can reduce the effectiveness of this medication causing symptoms of the disease to worsen.

The most common dosages recommended for SAMe are administered by mouth and include the following:

These are the only dosage amounts currently supported through research. Other amounts, while not proven unsafe, are also not proven safe. To be certain you are taking the correct dosage make sure you follow the dosing information listed on the package of your supplement carefully. It is also recommended that you speak to your doctor before beginning to take any supplement, including SAMe.

Also of note, is the fact that SAMe is sold by many companies and not all of them market the same quality product. Some companies sell SAMe that contains other ingredients or is not full strength. Labels often do not state this or are unclear. Do your own research before deciding what supplements you buy and from whom. Compare sources of SAMe by using the supplement finder now!