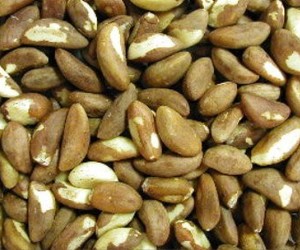 Selenium is a nonmetal element required for good health in minute quantities. Incorporated into proteins known as selenoproteins, it protects against cellular damage from free radicals.

People may not consume enough selenium in the foods they eat. Those living in the Pacific Northwest and East Coastal Plain tend to consume the lowest amounts of selenium and may benefit from supplements.

However, too much selenium can cause health problems. The National Institutes of Health recommends a maximum dose of 400 mcg of selenium for healthy adults. Selenium works in concert with other microminerals, including zinc, nickel, copper, iodine, chromium and manganese.

As an antioxidant, selenium works to bind free radicals and protects the body. It’s also crucial to optimum thyroid function. People with low thyroid function may have lower than normal blood levels of selenium.

A study at the University of Arizona focused on three clinical trials. Individuals with the highest blood plasma levels of selenium had less risk of developing colon and rectum polyps and aberrant cell growth.

Selenium is also an immune system stimulant. Studies demonstrate selenium’s role (along with vitamins A, C and E) in male fertility by increasing sperm production and motility.

After the administration of vaccines, selenium works with the body’s immune system to make antibodies. Selenium may also play a role in protecting the body from toxic heavy metals.

Low soil levels of selenium correlate with higher incidence of stroke and disease. Several kinds of selenium are found in most soils, including selenite, selenate, organic and elemental selenium. Plants absorb selenite and selenite more readily than other forms.

A selenium deficiency can result in an osteoarthropathic condition known as Kashin-Beck disease. The disease causes cartilage loss and bone overgrowth.  First identified in Tibet, medical researchers realized the soil in food products of those afflicted had very low selenium levels. Plants must take selenium from the soil in which they grow or receive supplemental microminerals.

Selenium also protects the heart. Cardiomyopathy, or a damaged and enlarged heart muscle, may occur as the result of selenium deficiency. Sudden heart failure may occur in undiagnosed persons with the condition.

By decreasing the stickiness of blood platelets, selenium protects the body from the ravages of coronary artery disease and stroke. Additionally, selenium protects people with a variety of age-related illnesses, including cirrhosis of the liver, emphysema and arthritis.

Pregnant women need to consume enough selenium. Eating just a single serving of meat or whole grains ensures enough selenium for most people. A combined deficiency of iodine and selenium can cause a form of mental retardation known as myxedemetous endemic cretinism in babies. Ask your doctor about whether your prenatal vitamin contains enough selenium for you.

People with chronic digestive ailments may have trouble digesting selenium, and may have a deficiency as a result.

The University of California San Francisco’s Dana-Farber Institute concluded that too much selenium in the blood decreases outcomes for men with prostate cancer, according to the “Journal of Clinical Oncology.”

Avoid taking selenium if you take an anticoagulant, including aspirin prescribed by your doctor. Ask your doctor about selenium supplements if you take Coumadin (warfarin), clopidogrel (Plavix), dalteparin (Fragmin), heparin, triclopidine (Ticlid), enoxaparin (Lovenox) or others.

The USDA recommends 55 mcg per day of selenium for adolescents and adults. The upper intake level is 400 mcg. Andrew Weil, M.D. of the Arizona Center for Integrative Medicine  http://integrativemedicine.arizona.edu/  recommends 200 mcg for adults each day.

Visit the nutrition page to learn more about health related supplements. Or use the free supplement finder to compare source of selenium now!