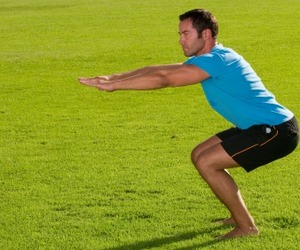 Sodium glycerophosphate is an interesting substance considered to be a mineral compound made up of primarily sodium and phosphorus. The "glycerophosphate" designation always refers to the chemical transport system used to take the phosphorus and sodium to the different parts of the body that utilize it. This same transportation mechanism is used with other minerals like calcium and potassium.

The compound's use as a dietary supplement is limited. This is due to the fact that excess amounts of sodium in the blood stream have proven to have negative effects on the human body.

Sodium Glycerophosphate and the Value of Sodium On its own, sodium is essential to human beings because it is largely responsible for carrying electrical signals from the brain to the muscle tissue and nervous system. There have been numerous cases of individuals stranded in a jungle envir... more

Sodium Glycerophosphate and the Value of Sodium

On its own, sodium is essential to human beings because it is largely responsible for carrying electrical signals from the brain to the muscle tissue and nervous system. There have been numerous cases of individuals stranded in a jungle environment with access to plenty of clean drinking water who still suffer life-threatening illness because of a lack of sodium.

Without enough sodium the body's nervous system will not work properly. This characteristic of sodium means that a proper balance is necessary to maintain good health.

While too little sodium can be dangerous, too much sodium can be as well. Therefore the USDA recommends a daily intake of no more than 2,300mg. The American Heart Association originally set their recommendation that no more than 2,000 mg per day but revised it downward to 1,500 mg earlier this year.

As previously stated, finding this compound included in nutritional or dietary supplements is difficult, at best. Our research indicated that when it is used, it is often included in a pre-workout formula for athletes and bodybuilders.

The reason for using sodium glycerophosphate in this way lies in the fact that when sodium is combined with the glycerophosphate transporter it can significantly boost energy levels quickly, even as the body breaks down carbohydrates into simple sugars.

In combination with other ingredients like caffeine, the effect of sodium glycerophosphate can be profound, and so strong as to be noticeable almost instantly.

Giving some credence to this principle is a European alcohol product known as Buckfast Tonic. The claim to fame of this British wine tonic is the fact that it provides an almost instant energy boost to those who are energy depleted.

It is not uncommon for consumers of this beverage to indicate that they feel the energy boost within minutes of drinking it, and an equally quick drop in energy levels once they stop consumption. This rapid fluctuation in energy levels has been the subject of criticism within the medical community.

In Scotland, the beverage is blamed for high levels of antisocial behavior in young people. The tonic is a very popular among young drinkers who tend to engage in violent and destructive behavior when drunk.

Currently there are discussions underway in that region regarding whether or not the combination of caffeine and sodium glycerophosphate should be allowed to be included in alcoholic beverages.

As a general rule this mineral compound is presumed to be safe in normally healthy people. However, just like with the Buckfast Tonic, those who choose to use supplements containing this compound should be careful to note the other ingredients in the supplement. If a product contains excessive amounts of caffeine the user may be susceptible to the same type of experience.

Furthermore, individuals who are naturally prone to mood swings and personality changes should be extra cautious about taking supplements that combine both caffeine and sodium glycerophosphate. To date there have not been any scientific studies indicating that sodium glycerophosphate is, in and of itself, dangerous. In all likelihood it is safe for consumption as long as users do not develop the aforementioned antisocial behaviors.

A condition known as neonatal hypophosphataemia can occur in pregnant women suffering from phosphorus deficiency. This condition can be easily treated with any number of minerals using the glycerophosphate transporter in its formula.  What seems to be important is the phosphorus rather than the mineral combined with it.

A study specifically testing sodium glycerophosphate for treatment of neonatal hypophosphataemia was conducted in 2006 and published by the British Medical Journal. Unfortunately, the compound did not prove any more successful in treating the condition than other previously studied glycerophosphate compounds.

There is little other information to be provided regarding sodium glycerophosphate as a nutritional supplement. Its use is so limited as to be not commercially viable for most supplement makers, except as an ingredient in a pre-workout formula.