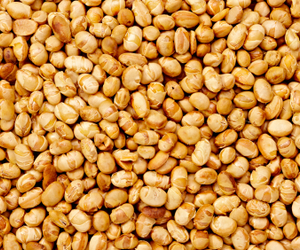 Vegetarians have long struggled to find supplements for athletes that didn’t contain some sort of meat byproduct.  In recent years, manufacturers have worked hard to produce supplements, like soy protein isolate, that allows vegetarian and vegan athletes to benefit from some of the supplements that are on the market.

While milk protein isolate is also billed as a vegetarian product, however, it is most definitely not a vegan product because it is milk-based. Soy protein isolate solves that problem nicely.

Soy Protein Isolate and Your Health

Regardless, according to WebMD, it is likely that you will get the same benefits from soy protein isolate that you get from eating soybeans or soy products. However, they also point out that there are no studies to support the use of soy protein products, and that even studies for soy alone are still inconclusive.

The Mayo Clinic agrees in terms of the lack of evidence supporting the use of soy protein isolate. However, they do not concur that studies are too inconclusive to support the use of soy for our health. They believe that there is enough evidence to support use for cardiovascular health as well as for cancer prevention.

Soy protein isolate is often marketed as a weight loss product while helping you to produce body mass. Essentially, soy protein isolate works as an appetite suppressant because it take several hours for the body to digest, which makes you feel full longer.

The Concerns about Soy Protein Isolate

The first thing that you need to understand is that soy actually prevents the absorption of certain vitamins and minerals in the body. As such, it is important that you take a multivitamin when including high amounts of soy in your diet.

Dr. Kaayla T. Daniel, a nutritionist, claims that consuming too much soy is actually detrimental to your health. Part of the problem is that much of the soy consumed isn’t fermented correctly, which is the only safe way of preparing soy.

Dr. Daniel claims that soy in any amount should be eliminated from the diet, except for when eating natural soy such as soybeans. According to Dr. Daniel, even soybeans pose some dangers. Here are some of the problems she claims are associated with soy products:

You might think that copper and manganese are things that are good for you because they are added to foods and in moderation they are just fine. However, as with most vitamins and minerals, too much can create toxicity in the body and can cause permanent damage.

The bottom line is that there are some mixed messages regarding the safety of soy and it is important to have all of the facts before consuming soy products.

Before you decide upon a flavor of soy protein isolate, you should read some reviews. Many people find the flavored products unpalatable.

Soy protein isolate products are typically very low in fat and carbs while being high in protein. One serving will usually provide you with nearly half of your daily recommended allowance of protein as recommended by the FDA.

Often, soy protein isolate is combined with other vitamins and minerals in order to give you a well balanced supplement. However, much of what they include is amino acids, most of which are not part of the recommended diet. Soy protein isolate supplements aren’t going to replace your multivitamin!

To locate and compare soy protein isolate supplements, use the supplement finder now!