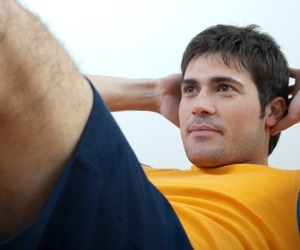 Sustamine is the trademarked name of a unique amino acid compound developed by the Kyowa Hakko Kirin Group. Kyowa Hakko Kirin is a Japanese biotechnology company which has their U.S. operations based in New York City.

The Sustamine compound consists of two amino acids known as L-alanyl and L-glutamine, bonded together through a special enzymatic process. Kyowa Hakko Kirin refers to this compound as a dipeptide and claims it is more readily absorbed into the body's cell structures as a supplement than L-glutamine alone.

How Sustamine Works To understand how Sustamine works we must first understand a little bit about amino acids. Amino acids are the building blocks of protein which in turn are useful for many bodily functions including building muscle mass and strength, and aiding recovery after exercise. ... more

To understand how Sustamine works we must first understand a little bit about amino acids. Amino acids are the building blocks of protein which in turn are useful for many bodily functions including building muscle mass and strength, and aiding recovery after exercise.

In order for these amino acids to be used to their maximum potential they need to be absorbed by individual cell structures. That's where peptides and dipeptides come in.

In their whole form, protein molecules are not easily absorbed by the body because of their size. Therefore, the human body utilizes a whole host of amino acids to break down proteins into smaller molecules known as peptides. These peptides are more beneficial because they are smaller and easier for the body to utilize.

When those peptides are broken down, the process results in even smaller dipeptides. Dipeptides are the most efficient in terms of size and usability. The Sustamine compound is a very small dipeptide which can be absorbed by the body and utilized so efficiently that it works much quicker than peptides or whole proteins alone.

Kyowa Hakko Kirin developed Sustamine based on the idea that since L-glutamine works very well for muscle recovery after exercise, a smaller dipeptide would probably work better. According to several clinical studies, the company is likely correct.

One of the most important clinical studies of Sustamine was conducted by researchers at the College of New Jersey's Department of Health and Exercise. As reported by Medical-News, the results of the study were published in the peer-reviewed Journal of the International Society of Sports Nutrition in 2010. The results were very positive and suggested that the claims made by Kyowa Hakko Kirin regarding Sustamine were legitimate.

According to the study, Sustamine was effective for the purpose of muscle rehydration. It controlled body fluid levels, effectively reducing physical stress during exercise in warm temperatures. Sustamine also encouraged muscle recovery.

The study also declared Sustamine the only GRAS amino acid formula suitable for use as an added ingredient to various foods, beverages, and nutritional supplements. BioMed Reports published a story in 2009 showing an example of Sustamine added to a product called Code Blue.

The makers of Sustamine maintain their own websites as a means of presenting the product and explaining it to the world. According to that website, Sustamine is not a standalone supplement that can be purchased in stores.

The Sustamine website currently provides a list of manufacturers that use their product as an ingredient. This list may or may not be updated at the time of this writing.

If users are curious as to whether or not Sustamine is an ingredient in one of their favorite supplements they can read the packaging or contact the manufacturer. Although Kyowa Hakko Kirin lists the various manufacturers that use Sustamine, they don't specifically mention products by name.

Because Sustamine is a bonded amino acid it is recognized as a GRAS (generally recommended as safe) substance by the Food and Drug Administration. However, there is debate within the supplement and bodybuilding community as to whether or not any glutamine supplement is too much.

The basis of the argument stems from the fact that glutamine is a nonessential amino acid. Nonessential means  the human body can synthesize it from other substances. As the thinking goes, it's nearly impossible to deplete your body of glutamine with moderate to rigorous exercise.

Some have suggested that Sustamine is a great product for medical applications which has been marketed to bodybuilders for whom has no real value. If this is true, and any glutamine supplement is too much, it is possible that some minor side effects could occur.

They would probably be similar to the side effects experienced from taking any amino acid in excess. These include headache, nausea, and heightened levels of anxiety and nervousness. Since none of these side effects have been documented for Sustamine, they are assumed to be nonexistent.

If you are at all concerned about the safety and/or efficacy of Sustamine you are urged to speak to your doctor or trainer before beginning supplementation. They are your best sources of advice regarding any dietary supplements you might take for bodybuilding purposes.

To locate and compare bodybuilding supplements from manufacturers who use Sustamine, try the supplement finder now!