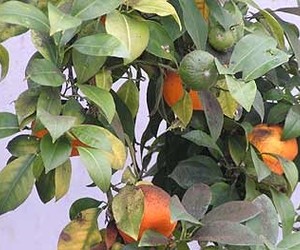 Unlike some natural supplements, Synephrine is a synthetic drug. It is used in Europe as an amphetamine and was previously used for shock treatment in China. Currently, Synephrine is being sold as a weight loss pill.

Phenylethylamines occur naturally in various plant species and they are also found in citrus fruit juice. Synephrine is often called Bitter Orange after the aurantium fruit in which it is found. However, the manufacturing of Synephrine is under question and has been banned in many countries.

Synephrine Benefits As an amphetamine as well as for shock treatment, Synephrine supplements may be beneficial for certain medical conditions. For example, if you need to raise your blood pressure then these supplements may prove to be effective if they are administered under the care of a... more

As an amphetamine as well as for shock treatment, Synephrine supplements may be beneficial for certain medical conditions. For example, if you need to raise your blood pressure then these supplements may prove to be effective if they are administered under the care of a physician.

People who have asthmatic attacks may also benefit from Synephrine. Synephrine is similar to Ephedrine, which used to be used to treat asthma. Ephedrine was also considered to be a great weight loss pill up until it was banned for its health risks.

The biggest benefit of Synephrine supplements is in its ability to aid in your weight loss. While it is not medically recommended to take Synephrine drugs as a dietary supplement, there are some people who claim that it if effective as a fat burner.

In addition to helping burn fat, Synephrine drugs also increase your energy, boost your metabolism, and raise your body temperature. All of these factors can contribute to helping you lose weight, especially when taken in conjunction with a steady diet and regular exercise regime.

Since Synephrine has been banned or restricted in many countries, it is important to pay attention to the side effects caused by taking these supplements. Side effects can be as serious as increasing your risk of ischemic strokes.

Synephrine supplements can also raise your blood pressure and increase your chances of having a heart attack. In addition to myocardial infarctions, you may also experience arrhythmia when taking these drugs, which causes irregular heartbeats. Arrhythmias are serious because they can be fatal, leading to a heart attack that results in death.

Those who claim the benefits of Synephrine outweigh the risks also believe that Synephrine drugs are completely safe provided you take the correct dosage. Typical doses range from four to 20mg a day. In some cases people may take as much as 50mg per day, but since there are many known risky side effects it is best to start with a low dosage and only increase as necessary.

Since it is rare to get pure Synephrine supplements, the dosage of the synephrine that you get may not be the same as the dosage that is recommended by the manufacturer. For example, if your buy a supplement that contains Synephrine but also contains various other active ingredients, then the recommended dosage may be 100mg for that supplement.

This is not the same as taking 100mg of Synephrine. For this reason it is very important to read the facts related to the nutrition or dietary supplement that you are taking. Any questions or concerns should be relayed to your doctor or pharmacist.

It is also imperative not to take Synephrine drugs if you are on a MAO inhibitor. MAO inhibitors are generally used to treat depression and can be adversely affected by the interaction with Synephrine.

Although Synephrine was not as dangerous as Ephedra, it has still been deemed as illegal in some countries. Other countries allow it under strict regulations.

For example, even in places where Synephrine has been banned, it may still be used in combination with other stimulants. You may find Synephrine in your green tea or kola nut, as well as in stimulants such as guarana or natural aspirin supplements like white willow.

As a weight loss pill, Synephrine seems to work wonders. However, the risk associated with taking it may not be worth your health. If you are trying to lose weight or if you are seeking more energy, you may want to consult with your physician. Or look for alternatives on the nutrition page.

If you decide Synephrine supplements are safe for you to take then be sure to start with a low dosage and monitor your body for signs of side effects or adverse reactions. Just because Synephrine supplements may be legal where you live does not necessarily make them safe for consumption. To locate sources of Synephrine, or finder safe weight loss alternatives, visit the free supplement finder now!