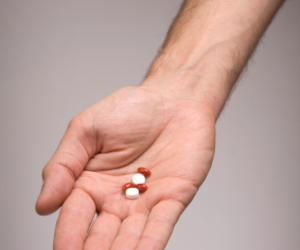 Thiamin HCl, also called vitamin B1, is an essential nutrient that is used in many important functions in the body. It is used in muscle function, the nervous system, and the formation of energy.

Thiamin HCl is used by many enzymes to create energy from food, to synthesize genetic material, and to help nerves operate in the body and the brain.

Thiamin HCl is commonly found in nutritional supplements such as energy formulas and vitamin B complexes. Thiamin HCl may also be given as an injection to those who have a vitamin B1 deficiency.

Thiamin HCl in Food One of the first vitamins ever to be recognized, thiamin HCl is present in many foods. It is so important that it is added to some foods to increase health benefits. Thiamin HCl is found in whole grain foods, beans, lentils, nuts, some fruits, pork and some vegetabl... more

One of the first vitamins ever to be recognized, thiamin HCl is present in many foods. It is so important that it is added to some foods to increase health benefits.

Thiamin HCl is found in whole grain foods, beans, lentils, nuts, some fruits, pork and some vegetables. It is also added to fortify breads and cereals that are made with white flour as the process that creates white flour destroys thiamin.

Cerebral beriberi affects the brain and central nervous system. Symptoms can range from strange eye movements and ambulatory abnormalities to amnesia or psychosis.

Dietary deficiencies are not common in those who have access to a normal diet, but there are a host of other causes of vitamin B1 deficiencies. Those who eat a high amount of low quality processed foods are at a high risk for a deficiency of thiamin.

Alcoholism is also another risk factor as many alcoholics do not get adequate nutrition on top of having impaired intestinal absorption.

Thiamin HCl as a Treatment For Metabolic Disorders

The Mayo Clinic states that thiamin is a treatment for metabolic disorders such as subacute necrotizing encephalopathy. This is an inherited disease characterized by an affected central nervous system, decline of motor skills and death.

Maple syrup urine disease and high levels of alanine due to a pyruvate carboxylase deficiency of the liver are all treated with varying degrees of success with vitamin B1.

A 2004 study reported in the National Institutes of Medicine’s pubmed site linked low levels of thiamin with those who were suffering from Alzheimer’s disease. A 1999 study, published at the same site, showed decrease activity of the enzymes that rely on thiamin to work in the brains of patients who had died with Alzheimer’s disease.

Further studies are being conducted to uncover the exact link between thiamin HCl and Alzheimer’s disease.

Studies For Other Uses of Thiamin HC

The Mayo Clinic reports that further testing is currently underway to determine thiamin’s effectiveness in treating anemia, hardening of the arteries, alcoholism, epilepsy, long-term side effects of diabetes, heart failure, rheumatic pain and other conditions and diseases.

WebMD reports the side effects for thiamin as nausea, sweating, a feeling of fever, restlessness and weakness. Redness and irritation at an injection site could also accompany injections of thiamin.

Severe anaphylactic allergic reactions have been reported, especially with injections or intravenous use of thiamin. Anyone experiencing itching or swelling of the face, mouth or tongue, rash or trouble breathing or swallowing should seek immediate medical attention.

The U.S. Food and Drug Administration labels thiamin HC1 as GRAS, or Generally Recognized As Safe. There is no history of overdose toxicity with this vitamin.

Anyone who is considering a new medicine or supplement should speak with a health care professional and a pharmacist before starting it. Women who are pregnant or nursing should always speak with a doctor before taking any additional vitamin B1 supplements.

Those with some cancers should not take thiamin HCl unless it is prescribed by a doctor as some tumors’ growth rates will increase with additional thiamin.

Those taking a uric acid test, to test for hyperuricemia, should not take thiamin HCl and should tell those administering the test about any vitamin B1 ingested.  This vitamin can skew the uric acid test results.

How to Take Thiamin HCl

Thiamin HC1 is added to many vitamin supplements, fortified foods and health aids. It is also available through a physician as an injection. Follow all manufacturers’ instructions.

Use the supplement finder to locate and compare products containing thiamin HC1 now!