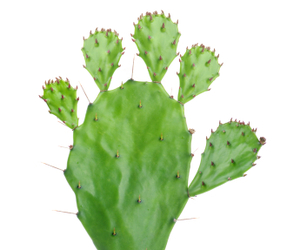 In the UK and Europe, there has been much research done regarding the health benefits of trehalose, an alternative to table sugar, or sucrose. Trehalose is found naturally in succulent desert plants, such as cacti, honey, shrimp, brewer’s yeast and some varieties of mushrooms.

Trehalose is beneficial for those who have experienced weight loss and are involved in a daily workout of routine exercise. Others who are involved in vigorous physical training, such as athletes and bodybuilders also know the benefits of using trehalose as an important supplement.

With increased awareness of the importance of staying in shape, multitudes of people are learning more about nutrition and exercise. With hectic schedules and processed foods being the norm these days, many are incorporating supplements into their daily regiment to maintain optimum health.

Understanding Trehalose Since there is not enough trehalose in the natural sources to be harvestable on a commercial level, researchers had to dig deeper. A Japanese scientist at Hayashibara International Inc. began working on a way to extract trehalose for mass production, without the exo... more

Since there is not enough trehalose in the natural sources to be harvestable on a commercial level, researchers had to dig deeper. A Japanese scientist at Hayashibara International Inc. began working on a way to extract trehalose for mass production, without the exorbitant costs of the current method.

He took a simple starch and combined it with an enzyme to join two glucose molecules into a structure of incredible strength. The glucose molecule is a six-sided ring-form carbohydrate. The enzymatic process that the scientist used produced trehalose.

The enzyme that established a strong bond between the glucose molecules allows them to go through your system without being broken down. Trehalose only begins to be digested once it passes through the large intestine.

An enzyme called trehalase, which only exists in a limited part of the small intestine, begins the slow process of breaking down trehalose. Trehalase severs the bond between the two glucose molecules.

This slow process is why many, including athletic individuals, look to trehalose as a supplement in their diets. The body encounters a slower digestion and a slower absorption of the resulting glucose, which is why trehalose has such a limited effect on blood sugar levels.

Since trehalose has only 45% sweetness of sugar, many people double up portions of trehalose when using it in cooking or beverages because it does not have the harmful side effects that sugar has.

Trehalose is considered a prime way to sweeten foods, without triggering the blood sugar levels. It is not only an antioxidant, but it also enhances the flavor of food.

Although the Mayo Clinic, will not endorse trehalose directly in connection with diabetes, it does acknowledge that it reduces insulin resistance and that the blood sugar levels are substantially lower than with sugar or artificial sweeteners.

Although the research is not conclusive in this area, there are many indicators that trehalose is very effective in helping individuals who suffer with nervous system disorders. Improvements such as better muscle control have been documented with conditions such as multiple sclerosis, Parkinson’s disease, Alzheimer’s and other neurological disorders.

The study is not absolute because researchers are unsure of the mechanisms that make trehalose beneficial in helping these disorders. Since trehalose is simply a food, there is no documented research that suggests using trehalose to manage any ailment, but studies do not deny noticeable improvements.

Benefits of Trehalose For Weight Control And Energy

Since trehalose has fewer calories than sugar, the Mayo Clinic states that it may help you with weight loss. There is also evidence that it reduces your cravings for food and sweets.

The Mayo Clinic also warns about expecting sugar alternatives to be the secret answer to weight management, as all sweeteners, whether artificial or natural, must be used in moderation.

Too much insulin enfeebles the fat-burning process in bodybuilders and in those who vigorously work out. The University of Hawaii states that trehalose produces an insulin response that is very low and provides a slow, constant energy.

Ingesting trehalose before a workout would curb any danger of hypoglycemia, enable the fat-burning process and sustain energy.

Side Effects of Using Trehalose

The FDA has approved trehalose as Generally Recognized As Safe (GRAS). However, some people lack the enzyme trehalase, which is important for processing and breaking down trehalose.

If more than six grams per day (1 ½ teaspoons) are consumed, it may cause bloating and loose stools, but it is reported that it will quickly pass. The average person should limit intake to 50 – 60 grams per day.

There are no known side effects of taking trehalose. To locate trehalose and other quality supplements, use our free supplement finder now!