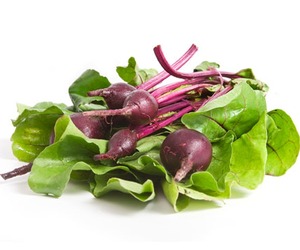 This is important to know. If you see vitamin A listed as carotene as an ingredient in a supplement you take, then you should know that this is a product that contains no vitamin A!

Vitamin A acetate and vitamin A palmitate both offer the same benefits to the human body. The major difference is that, for an unknown reason, vitamin A palmitate is absorbed better by the body. As such, you may want to consider a supplement  that contains palmitate rather than acetate.

Although vitamin A can easily be obtained through the diet, a vitamin A deficiency is rather common. A deficiency usually occurs because you aren’t getting enough in your diet.

There are medical reasons for a vitamin A deficiency, which include:

According to Right Diagnosis, symptoms of a vitamin A deficiency include:

As you can see, getting enough vitamin A is very important! You can get that vitamin A with vitamin A acetate supplements.

The benefits of vitamin A acetate are many. A major benefit is for the health of your vision.

As mentioned above, not having enough vitamin A can lead to night blindness and in extreme cases, permanent blindness. Studies are currently being conducted to determine the benefit of vitamin A for people who suffer from night blindness for medical reasons.

Vitamin A also helps to boost the immune system. More specifically, it increases the body’s resistance to infection and triggers the immune response in the human body.

According to the U.S. Department of Health & Human Services, using vitamin A with vitamins C and E boosts the antioxidant affect of C and E, which benefits your overall health. Further studies need to be conducted but initial response is good.

Vitamin A also offers protection if a stroke occurs. Studies show that if you have high levels of vitamin A in your body and you have a stroke, then you are far more likely to have a full recovery than someone with moderate to low amounts of vitamin A.

You also have to give credit to vitamin A for keeping your mucus membranes healthy. In addition, vitamin A keeps you skin healthy and can help reduce the signs of aging. This is why you find it in various beauty products.

Getting the right amount of vitamin A acetate is important as too much can lead to toxicity and not enough can lead to a deficiency. The dose requirements for men and women are the same.

However, children in different age groups require different dosages. In addition, pregnant women require more vitamin A than any other group- nearly 1000 IUs more per day.

Both males and females over the age of 11 years old require 3,333 IUs of vitamin A acetate or vitamin A each day according to the Institute of Internal Medicine Food and Nutrition Board. Pregnant women require 4,333 IUs per day while children range from 1,250 IUs a day for infants to 2,333 IUs a day for up to 11 years old.

It is possible to overdose on vitamin A and face toxicity issues. There are several symptoms that you should be aware of if you are taking vitamin a acetate.

If you have any of these symptoms, you may be getting too much vitamin A in your diet and with supplements. These include:

In addition, taking too much vitamin A can lead to liver and kidney damage.

Vitamin A acetate is the most common form of vitamin A found in supplements. It is good for you when taken as instructed. Although it isn’t absorbed as well as vitamin A palmitate, it still offers the same health benefits.