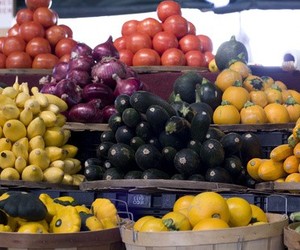 Most people learn the importance of vitamins in grade school, but the benefits of vitamin A are not usually learned until adulthood. It was only a generation ago that details about vitamin A and its effects on the body warranted further study. Once the benefits were learned, products and supplements containing vitamin A soon hit the market by businesses that saw a way to capitalize on it.

This vitamin is produced in several forms that have an unstable molecular composition that is difficult to harness for supplementation. There are two forms that are directly consumed in food products, and used in vitamin A supplements.

These forms are retinols and carotenoids. Other molecules in the vitamin A group include retinyl and retinal or esters and aldehyde. The whole collection of the different variations of this molecular group is called retinoids.

Vitamin A Benefits There are many body functions that are taken for granted, but without vitamin A for example, vision would not be possible. In additions, your: Ability to fight disease would be virtually impossible Bones would break down eventually Teeth would eventua... more

There are many body functions that are taken for granted, but without vitamin A for example, vision would not be possible. In additions, your:

Vitamin A controls our mucous production as another defense against diseases.

Scientists hesitate to make claims of this vitamin’s role in fighting cancer. Although as an antioxidant, this biochemical has proven its ability to fight against this disease in addition to autoimmune deficiency syndrome or AIDS. Other diseases simply lose their potency when matched with vitamin A.

Men will be well advised to know that vitamin A increases sperm count. Women may find relief from vaginal infections, PMS, and heavy periods. Anyone with acne, eczema, and psoriasis will see results after vitamin A treatment as well.

People with vitamin A deficiencies display obvious symptoms of night blindness, brittle hair and nails as well as skin conditions at first, followed by the breakdown of other bodily functions. The good thing is the body’s ability to store vitamin A reserves. When vitamin A is synthesized in the liver, the time released retinol serum is managed before its final distribution to the blood cells.

Under-developed countries have populations of people with vitamin A deficiencies. Alcoholics suffer from this deficiency since retinol is a form of alcohol. The transformation process of retinol to retinoic acid in the presence of drinking alcohol is an effect. Another way the body is deprived of this nutrient is through lack of absorption. Your doctor should be able to find the reason for limited absorption.

You know your mother emphasized the importance of eating your vegetables, but it may not have been until recently that you knew exactly why. You many not have known which foods are rich in vitamin A. If not here is a list of some foods that contain this nutrient:

In the preparation of vitamin A foods, it is best to limit cooking to steam, bake, braise, or broiling methods. These methods of cooking help to preserve the nutrient value. Since vitamin A is fat soluble, the nutritional value is diminished in frying.

This nutrient in carotenoid form is converted to vitamin A during the digestion process.

Many foods have vitamin A added to them to fortify its nutritional value. The vitamin A nutrient in animal form is lost with the elimination of fat. This is the case with skim and low fat milk as well. Food fortification is the most common way of supplementation of vitamin A.

Multivitamins are the widely known source of supplementing vitamin A. Topical forms such as the skin serum Retin-A another familiar form of this supplement. When using in supplement forms or in the diet, fatty foods help with vitamin A absorption. This is why a well balanced meal is necessary.

Vitamin A Side Effects

Pregnant women run the risk of birth defects with the over consumption of this vitamin. Too much of this good thing could also saturate the liver and cause liver damage. Taken in conjunction with medications that cause liver damage, vitamin A could aggravate the problem. Tylenol is a common over-the-counter medication, along with several prescription drugs, that affect the liver.

Other problems that could occur are related to the spleen, hair loss, blurred vision, and developmental retardation. It could in turn have a reverse affect on skin and bones also. The recommended dosage per day is around 2,670 international units according to sources. More importantly, you may fair better discussing the supplementation of vitamin A with your doctor. Compare sources of Vitamin A by using the free supplement finder now!