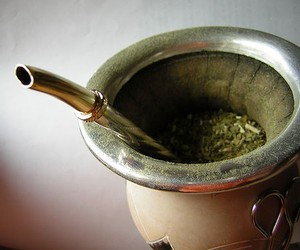 Yerba mate has been used as an herbal remedy for hundreds of years in South America, primarily in Brazil and Paraguay. However, it is now widely distributed across the world. The actual plant is medium in size, and grows thick leaves that produce small, colorful berries – the leaves are used to formulate the dietary supplement.

Yerba mate is typically used as a supplement to induce mental stimulation. Although, it has also become a very popular ingredient in weight loss supplements due to the effect it has on the indigenous people that drink it as a tea.

There is no hard scientific evidence that supports the weight loss theory. However, there have been a few studies on lab rats that does support the claim that yerba mate can increase metabolism and fight obesity.

Yerba Mate Benefits One of the most popular uses of yerba mate is as a replacement for coffee because it is widely recognized as a healthier form of caffeine. The effects of the caffeine that it contains typically last much longer than those of coffee, and are more widely tolerated as a wh... more

One of the most popular uses of yerba mate is as a replacement for coffee because it is widely recognized as a healthier form of caffeine. The effects of the caffeine that it contains typically last much longer than those of coffee, and are more widely tolerated as a whole.

Yerba mate has recently become very popular as a weight loss supplement because it helps delay the amount of time that food is kept in the stomach. Because the food takes longer to empty into the lower intestines, the body feels full for longer periods of time; this in turn prevents over eating. Many people report that it induces a feeling of fullness at a much faster rate than the body would normally perceive.

Aside from stimulating digestion and suppressing the appetite, yerba mate is also commonly used to help the body burn larger amounts of fat in a shorter amount of time. This is thought to be linked to the increased energy levels that it provides. Yerba mate has also been shown through anecdotal evidence to boost the immune system, help relieve pain, and stimulate the memory.

The most common side effects of taking yerba mate are linked to the caffeine that it contains. It is not uncommon to experience a jittery feeling, slight insomnia or mild dizziness when you first begin taking the supplements. Most people report that the above symptoms slowly decrease as the body becomes accustomed to the supplement. If you are highly sensitive or allergic to caffeine you should not take anything that contains yerba mate.

Yerba mate has been shown to be a mild diuretic and laxative when consumed in sufficient quantities. Because of this, the body may respond to the supplement with an increase in the frequency of urination, gastrointestinal distress and diarrhea. Diarrhea that persists more than several days can severely dehydrate the body, and when combined with the diuretic properties of yerba mate, this can become fatal.

If you experience any heart palpitations, prolonged dizziness, hives, or difficulty breathing after taking the supplement you should immediately stop using it and seek emergency medical attention. Allergic reactions to caffeine are possible, and can become fatal if they are not caught early enough.

Yerba mate is not intended for long term consumption, and higher doses for extended periods of time have been linked to several forms of upper body cancer. It is very important to ask your doctor if yerba mate has any contraindications with any of the medications or supplements that you are currently taking – especially any MAO inhibitors.

The recommended dosage of yerba mate varies with each individual, and is largely influenced by the method in which it is delivered with. For instance, there are supplement pills, powders and teas that are derived from the leaves of the plant. For this reason, it is imperative that you carefully read all instructions on the package before you begin supplementing your diet with it.

As a tea, it is recommended to consume at least 1-3 cups per day in order to see any of the benefits – only one cup should be taken at a time. The temperature and source of your water will largely affect the taste of the brew. The standard dose of both pill and powder forms of yerba mate is between 2-3 grams – both of which should be consumed with copious amounts of water.

While the effect of the caffeine contained is yerba mate is typically less severe than other forms of caffeine, you may still experience unwanted shakiness and insomnia. If either of the above happens, slowly decrease your dosage until you are no longer experiencing unwanted side effects It is not advisable to take yerba mate in any form right before bed time.

To find yerba mate teas and other forms just go to the free supplement finder now!