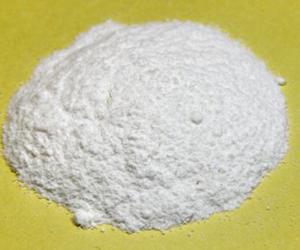 Zinc chelate is a supplemental form of the mineral made by binding a zinc ion to organic compounds that contain carbon. The organic compounds are easily digestible, which allows the body to absorb the zinc ions without difficulty. Zinc chelate supplements increase the amount of zinc in the body, which could correct a deficiency and improve health.

A lack of zinc is linked to health problems, such as taste disturbances or a mild to severe zinc deficiency. Zinc is an essential mineral for optimal health. This mineral is needed for reproduction, growth, neurological function, the immune response and is part of the structure of cell membranes and proteins. It may also play an important role in other functions.

Zinc chelate is a type of zinc supplement used primarily to treat zinc deficiencies. The word “chelate” means claw. Chelation is the process of combining metals, like zinc, with organic molecules to increase absorption, according to LiveStrong.com. Zinc plays an important role in many bodi... more

Zinc chelate is a type of zinc supplement used primarily to treat zinc deficiencies. The word “chelate” means claw. Chelation is the process of combining metals, like zinc, with organic molecules to increase absorption, according to LiveStrong.com.

Zinc plays an important role in many bodily functions, including growth and immunity. More than 100 enzymes in the body need zinc to catalyze. The body uses zinc to stabilize the structure of several proteins. Zinc influences hormone release, nerve impulse transmission and cell signaling, according to the Linus Pauling Institute.

People get zinc from their diet. Oysters and herrings are a rich source of zinc. Peas, cashews, milk and beans have zinc as well. When people do not eat a balanced diet including enough foods that contain zinc they are at risk for a zinc deficiency, according to LiveStrong.com.

When someone has a zinc deficiency, they are vulnerable to health problems. Eating more zinc, using galvanized cookware and taking zinc chelate supplements increases zinc amounts to correct a deficiency.

A mild zinc deficiency makes people more vulnerable to serious conditions, according to the Linus Pauling Institute. Mild zinc deficiencies are common in children living in developing nations, but can occur in anyone who does not consume adequate amounts of zinc in their diet.

Research on zinc supplementation has found that a mild zinc deficiency plays a role in impaired neuropsychological and physical development.

Symptoms of a mild zinc deficiency include:

Young children who have a mild zinc deficiency are also more vulnerable to potentially fatal infections because of the relationship between zinc and immune function, according to the Linus Pauling Institute. Adults may also be more susceptible to infections as well, but this has been observed more in children.

Certain conditions can make someone susceptible to severe deficiency, such as a hereditary disease called acrodermatitis enteropathica. This genetic condition impairs an individual's ability to absorb and transport zinc. Being unable to absorb the mineral results in the same lack of zinc in the bloodstream as eating insufficient amounts of dietary zinc.

Children born with acrodermatitis enteropathica require oral zinc supplementation. Oral supplements cure all symptoms and is critical. Before this became standard treatment many children died from the condition.

Severe burns and chronic diarrhea can also result in a zinc deficiency.

People at Risk of Zinc Deficiency

Certain people are at a greater risk for zinc deficiency and may receive more benefits from zinc chelate supplements. Populations at risk include:

Strict vegetarians are said to be at risk because they may eat large amounts of foods with phytic acid that can decrease zinc absorption. Legumes and grains are high in phytic acid. To offset potentially low levels of zinc, vegetarians can increase their dietary intake of zinc by 50 percent above recommended dosages.

People with certain conditions are also at a higher risk for zinc deficiency, including:

Zinc chelate is not only useful for people, it can benefits plants too. Plants can become deficient in zinc just like human bodies, and just like in people a zinc deficiency in plants can stunt growth.

Zinc supplements can correct deficiencies in plants. According to eHow.com, people mix zinc chelate with water to give to crops.

Taking oral zinc chelate may cause severe side effects, according to WebMD. Side effects are rare, but include:

Zinc is an important mineral and too little causes deficiency problems, but too much zinc can result in unpleasant symptoms as well. According to eHow.com, zinc chelate is so easily absorbed by the body that taking supplements puts some people at risk for excess zinc.

An overdose of zinc can cause an accumulation of metal in the body. Too much zinc may result in symptoms, such as:

HDL cholesterol is the “good” kind and lowering this amount is generally not good for health. An overdose of zinc may interfere with the absorption of iron and other important minerals as well.

Appropriate dosages of zinc chelate supplements depend upon the purpose of their use. Even so, there is not enough research to state what the recommended dosages are all the conditions for which people take zinc chelate.

According to the Mayo Clinic, 10 milligrams of oral zinc chelate can be effective for parasites.

People who have taste disturbances may benefit from consuming 1 milligram of zinc chelate per kilogram of body weight per day over the course of three months. One kilogram equals approximately 2.2 pounds. Patients in renal failure may be better off taking zinc sulfate at dosages of 0.5 to 0.75 milligrams per day for six months.

Some foods can lead to a decreased risk of zinc absorption, even foods that contain large amounts of dietary zinc. Whole grain foods like breads and cereals can interfere with the body's ability to absorb zinc. This includes dietary zinc and zinc supplements.

To avoid absorption problems, people should take zinc chelate supplements at least two hours prior to eating whole grains, bran and foods that are high in fiber.

Phosphorus can also reduce absorption of zinc so it is best to take zinc supplements two hours before eating foods that are high in phosphorus, such as dairy products or poultry.

Older adults also have a more difficult time with absorbing nutrients. Sometimes it is simply part of the aging process and sometimes their medications can cause absorption problems.

Zinc chelate supplements can interact with medications. Taking birth control pills may reduce levels of zinc in the blood. According to WebMD, other drugs and supplements may have a moderate interaction with oral zinc chelate, including:

Check out the free supplement finder to learn more about other supplements that can aid in your quest for a fitter you! Also, compare prices from all the top stores with our price comparison tool.