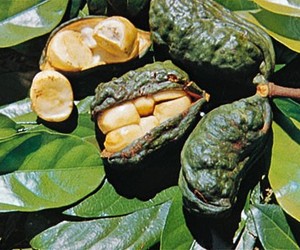 Kola nut is a nut from the kola tree, which grows in the rainforests of the African continent. This evergreen tree can grow as high as 60 feet and gives off ovoid leaves as well as star-shaped fruits. The taste of kola nut is bitter, though this does not stop this nut from being chewed by many people.

This caffeinated nut is commonly used in ceremonies as well as recreational get-togethers. It is popular among Muslims who cannot drink alcohol. Western civilization mainly know kola nut as a seasoning, as well as the primary source of caffeine in popular soda pop drinks.

The kola nut has been used for centuries, even in ancient civilizations. The nut used to be chewed to restore a person’s vitality, and was also used in religious rituals like funerals, weddings, worship and prayer. Kola nut certainly sounds like a curious and intimidating substance, but what does it or kola nut supplements really do to and for the human body?

Kola Nut Benefits and Effects One of the most obvious benefits of kola nut is that it eases hunger pangs, meaning it could be highly beneficial in weight loss. This nut can also be used to treat certain types of breathing problems, such as asthma and whooping cough. Why? Because the caffei... more

One of the most obvious benefits of kola nut is that it eases hunger pangs, meaning it could be highly beneficial in weight loss. This nut can also be used to treat certain types of breathing problems, such as asthma and whooping cough. Why? Because the caffeine in the nut acts as a bronchodilator. A bronchodilator can expand a person’s bronchial air passages.

The effects of this nut are similar to other xanthine-containing plants which produce chocolate and tea. These are stimulants and give the heart and nervous system a boost. On a scientific level, kola nut also has fat-burning effects and helps to secrete gastric juices, which aid in digestion.

When this nut is ingested, it can increase a person’s physical energy and mental alertness. It also elevates a person’s mood and increases body temperature. On average, beneficial effects last about six hours after the initial ingesting. The herbal form of kola nut is so powerful that it’s actually used in medicine as a cardiac stimulant.

This nut can also be used to help treat migraine headaches (the caffeine and theobromine content increase blood flow to the head) and can even be used to help heal external cuts on the skin. It is a mild diuretic and thus is sometimes recommended for renal diseases as well as rheumatic conditions.

Kola nut contains betaine, caffeine, kola red, fat, niacin, phenolics, phlobaphens, protein, riboflavin, starch, tannins, theobromine and thiamine. These nuts can be chewed, taken in liquid form, or ingested in supplemental form. Suggested dosage is 2-6 grams a day or 3-7 grams of liquid extract. It can also be taken in tincture form, about 10-30 grams a day. When taking the liquid form, combine the extract with alcohol (60%) in a 1:1 solution at about 1.2 milliliters (or less) three times in 24 hours.

Interestingly, if not for kola nut, we would have no Coca-Cola today. The beverage company started on the basis of a concoction created by a pharmacist; it consisted of kola substance, sugar, coca and carbonated water. The soda pop company took the coca out of the beverage later on, but still continues to use kola nut in every drink.

When compared to medications and even other stimulants, kola nut is very safe. It even has the support of the Journal of the American Medical Association, which recommends the nut over other known stimulants. Unlike other stimulant drugs, kola nut is not addictive and it does not lead to depression crashes.

However, it is not considered 100% risk-free. It can interact with some medications, and could compromise a pregnancy. Its high caffeine content can cause problems with sleeping, and thus it would probably not be recommended to individuals suffering from anxiety disorders or insomnia.

Risks of taking kola nut are increased if the user has high blood pressure, heart problems, high cholesterol, or has suffered a stroke. Some studies have also suggested that kola nut could cause problems with cardiac arrhythmias, or irritate certain types of ulcers. Some minor studies have suggested that high tannin content could cause discomfort or more serious problems since they do interfere with consumption of protein.

In light of this, and also mindful of the risk kola nut has in affecting bone formation (which is the major reason why soda pop is discouraged, besides sugar) some doctors may recommend limiting periods of high kola nut consumptions.

Kola nut is not believed to be dangerous, but constant use of a stimulant, as well as a high-tannin product, does require some supervision, if not by a doctor than by the user himself/herself. Study the effects of kola nut and then lower or increase dosage depending on the effects you feel. This could be a healthier alternative to using other stimulant drugs. Find safe sources of the kola nut or other nutritional supplements with the free supplement finder provided right now!