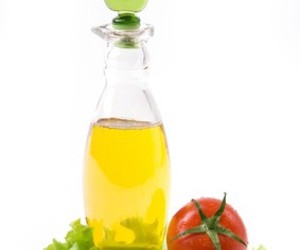 Omega 6 is considered an essential fatty acid. This means that it cannot be made by the human body, but must be obtained from food sources.

Omega 6 has made quite a stir lately, as its reported health benefits have been widely reported over the last several years. Hippocrates, often called the father of modern medicine, is quoted as saying “Our food should be our medicine; our medicine should be our food.” If so, then essential fatty acids meet both definitions.

Omega 6 and omega 3 are both found in ordinary foods we eat on a regular basis. However, an imbalance between the two types of fatty acids can cause some painful and distressing effects in the human body. The question is: should you add extra omega 3 supplements to your daily regimen?

Omega 6 Positive Effects and Dietary Sources Omega 6 has been cited by some medical experts as treatment for some health conditions and disorders. It is said to help bring focus to those suffering from Attention Deficit Disorder. Reportedly, it can also assist in clearing up acne and even ... more

Omega 6 has been cited by some medical experts as treatment for some health conditions and disorders. It is said to help bring focus to those suffering from Attention Deficit Disorder. Reportedly, it can also assist in clearing up acne and even rosacea. Omega 6 can also help with a myriad of other conditions such as ulcers, osteoporosis, arthritis, high blood pressure and psoriasis.

Omega 6 can be found in a great deal of natural sources such as flax seeds, hemp and pumpkin seeds, olives, corn and soybean oils, avocados, eggs, whole grain breads and acai berries. Omega 6 can also be found in supplement form. If everyone was in perfect health, omega 3 and omega 6 would be in perfect balance, and extra dosage wouldn’t be a problem.

However, the average American diet is far from healthy. We often eat foods that are rich in omega 6 content- thanks to the rise of fast food, processed food and all-around cheap food. Omega 6 is an essential fatty acid, and an adequate dose of it helps the body to function, just as any fatty acid would. However, too much of a “good thing” can hurt you in this case. In order for omega 6 to work best in your body, it should be at a 2 to 1 ratio with another fatty acid, namely omega 3.

Because of the prevalence of poor quality food, many Americans are lacking in omega 3, so much so that a 20 to 1 ratio is usually the average imbalance reported. This imbalance can bring on all sorts of troubles.

Lacking omega 3 and having an abundance of omega 6 can lead to a suppression of the immune system. This means you are more susceptible to diseases, colds and infections. Some studies link an imbalance of omega 3 and omega 6 to an increased risk of cancer, blood clots, heart attack and stroke.

The solution to having the proper balance is not necessarily to take a large amount of omega 3 fatty acids; in fact, having too much of it can cause side effects, some of which could be just as critical as having too little of both. What doctors advise patients to do is to reduce their omega 6 intake and slightly increase your omega 3 intake.

Remember, you can increase your omega 3 supply naturally by eating healthier foods like fish, flaxseeds, pecans, hazelnuts, milk and other natural sources. At the same time, reducing processed or fast foods results in a reduction of omega 6, and can improve your health in many other areas, such as eliminating high fructose corn syrup, foods high in fat, cholesterol, and carbohydrates. You also have the option of buying omega 3 supplements. This can temporarily correct an imbalance problem that could be causing you pain.

Increasing the amount of fresh vegetables and fruits in your diet to gain the full benefit of an omega 3 and an omega 6 ratio. While the body does require omega 6 dosage, the actual requirement is about 1-2% of the daily calorie intake, which is approximately 1 teaspoon or 3-5 grams a day. This is enough to prevent a deficiency.

Unfortunately, the ratio is severely imbalanced in the average American—some people are currently eating at a ratio of 20-1. Indeed, some oils are made with a ratio of 200 to 1. Now is the time to put your health first and seriously think about increasing your vegetable consumption. Compare the various options of Omega 6, Omega 3 and combined supplements by using the free supplement finder today!