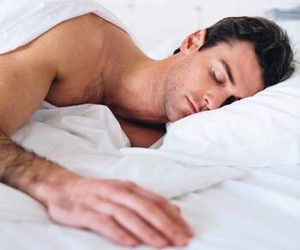 Beta-phenal-gamma-amniobutyric acid, or phenibut as it is most commonly known, is a supplement discovered and researched in Russia. Since the 1960s this supplement has been used to aid in insomnia and other anxiety related disorders. Phenibut has neuropsychotropic properties that contain anxiolytic and nootropic components, which are essentially cognitive stimulants.

The cognitive enhancing properties of phenibut are not familiar to US scientists, nor has the FDA studied this supplement. American scientists note studies made by Russian researchers as more Americans consume this new nutritional supplement. It is most popular among athletic enthusiasts, weight trainers and bodybuilders. Some young people are even abusing this product in combination with other supplements and drugs.

Phenibut is like so many other products that are classified as nutritional supplements. Some are very safe and reliable; they just haven't been back by a large pharmaceutical company willing to pay for research. Others are downright dangerous. You have to be conscious of the possible drug interactions, especially when it comes to neurotransmitters. The consequences could result in an imbalance in the endocrine system and neurological function.

Phenibut Benefits The sedative effect of phenibut is grabbing the attention of a sector of the population that prefers natural supplements over prescription drugs. Those that experience the effects of it often say they feel euphoric and relaxed after a couple of hours of consuming the dose... more

The sedative effect of phenibut is grabbing the attention of a sector of the population that prefers natural supplements over prescription drugs. Those that experience the effects of it often say they feel euphoric and relaxed after a couple of hours of consuming the dose. Reviewers have compared the experience to Xanax or heroin. Others confirm a similar experience by describing it as an opioid or “opium high”.

This supplement is said to stimulate brain function while offering an overall sense of well-being. It promotes focus and concentration, and aids in restful sleep. It also works with GABA, which is a chemical amino acid released between brain receptors. These are the hormonal messages that control the endocrine system.

Phenibut is reported as a muscle relaxant that relieves issues like:

Russians even used it as a pre and post-operative drug.

The average recommended dose is between 2 and 5 grams at the most per day. Most manufacturers will make each tablet or capsule in milligrams and suggest 3 to 5 tablets per day. It is also recommended that you take phenibut no more than 5 days in a week, with a break between dosing. Some people will limit dosing to 3 days scattered throughout the week.

The product is mostly sold in powdered crystal form. Directions suggest that you mix one scoop with water and take on an empty stomach. Most take it about an hour or two before bed. It is recommended that you combine with L-Theanine if phenibut is intended as a sedative. This combination yields the best results according to some. In combination with kava kava, a melatonin-producing supplement, phenibut enhances the sedative effect of the kava, kava.

Phenibut, Alcohol, and Other Drugs

Many young people are using phenibut in conjunction with drugs and alcohol. Recipes for cocktails are even offered for different effects. An example might be a cocktail called “Herbal Ecstasy” which contains, a “vector shot” made of phenibut, 5-HTP, and other ingredients. Users smoke marijuana with this cocktail to reach the desired effect. This is not considered safe, wise or recommended. Although supplements are natural, the combined effects can be very dangerous.

Phenibut Side Effects and Withdrawal

The problem with Phenibut in high doses, and in combination with the wrong supplements or drugs, is that it can result in toxicity, an irreversible mental illness, or even death. Several people reported withdrawal after the consumption of phenibut over an extended period. They reported:

An extended period might translate to a range between a few weeks and a couple of months depending on the person. One reviewer stated that after going through a period without Phenibut, he consumed a dose and the withdrawal symptoms returned. Side effects are close to none when taken as directed.

Many people say this supplement works well for them despite the withdrawal claims. A couple of people have even made the claim that phenibut helps in correcting the imbalance of GABA after the effects that long term alcohol abuse can have on the endocrine system. It does not have the side effects of benzodiazepine or baclofen, which have similar uses.

As with any supplement, you should consult your doctor before using or combining with any other prescription medications. Operating machinery or vehicles after consuming phenibut is not recommended either. Learn about other, perhaps safer, supplement on the nutrition page. Or use the supplement finder to locate and compare phenibut supplements now!