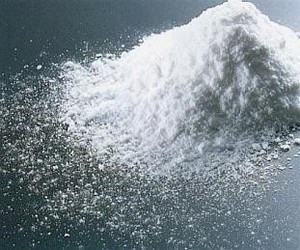 Phenylethylamine, also known as PEA or phenethylamine , occurs naturally in foods such as bologna, blue-green algae, and cacao, a primary component of chocolate. Phenylethylamine is a natural chemical compound, an alkaloid, and a brain neuromodulator and neurotransmitter monoamine. Monoamines carry send and receive brain signals.

Phenylethylamine and Chocolate Phenylethylamine is best known for its role in producing “feel good” hormones. Promoted  in 1983 by author Michael Liebowitz (“The Chemistry of Love”) as the ultimate “feel good” food, the association between love and chocolate remains strong--especially on V... more

Phenylethylamine is best known for its role in producing “feel good” hormones. Promoted  in 1983 by author Michael Liebowitz (“The Chemistry of Love”) as the ultimate “feel good” food, the association between love and chocolate remains strong--especially on Valentine's Day.

Unfortunately, roasting of the beans tends to destroy phenylethylamine, according to author David Wolf in “Superfoods: The Food and Medicine of the Future.” Cocoa and dark chocolate have confirmed antioxidant health benefits. Chocolate flavonoids may also inhibit chronic inflammation in the body.

Don’t take phenylethylamine or derivatives with MAO-inhibitors, ephedrines, tetrahydrocannabinol (in cannabis) or alcohol. These drugs increase the availability of phenylethylamine in the body. Combining phenylethylamine and other drugs and supplements can have serious consequences.

Because phenylethylamine is rapidly metabolized by the body before reaching the brain by enzymes MAO-A, MAO-B and dopamine betahydroxylase enzymes, consuming large amounts of cocoa or supplements probably won’t elevate your mood.

Substitute Phenylethylamine, or amphetamines derived from this compound, have been used as anorectic agents according to "The Handbook of Obesity, Volume 2" by authors George A. Bray and Claude Bouchard.

Weight trainers and exercise enthusiasts sometimes use phenylethylamine to increase awareness during a workout. Taking phenylalanine, the amino acid from which phenylethylamine derives, may not increase PEA in the body.

Authors Jack Challem and Mervyn R. Werbach recommend phenylethylamine supplementation, along with dopamine and norepinephrine, B-complex vitamins and SAMe, for anxiety and depression in “The Food-Mood Solution.” Always seek your doctor’s input before self-treating any deficiency.

Confirmed deficiencies, such as those occurring in Parkinson’s disease, may improve with supplementation under a doctor’s care. According to “Parkinson’s disease: The Treatment Options,” studies show promising results for those suffering with the disease.

Doctors treating depressed and schizophrenic patients may use of phenylethylamine derivatives. The known potential for addiction causes most doctors to use the drugs in short courses.

Some resources recommending the use of this supplement for specific symptoms include:

According to researchers at the National Institutes of Health, phenylethylamine may work in concert with tyramine and tryptamine—other arylalkylamines—to protect the retina.

After doctor-ordered tests confirming a PEA deficiency, your doctor prescribes supplements based on your weight and other factors. Your doctor also determines the best form of phenylethylamine supplements for you.

A 250-pound man with a confirmed deficiency takes about 1.5 g per day on an empty stomach before a workout session, according to “The Natural Pharmacy: Complete A-Z Reference to Natural Treatments for Common Health Conditions” published by Three Rivers Press. Use the free supplement finder now!